We already mentioned that the Strider Gold Evolution is a fully modular case and it comes from the factory with every cable neatly plugged into the PSU.  Much to our surprise you do not get a storage pouch for unused cables but you do get four small black zip ties, four wide Velcro straps, and two sets of installation screws. 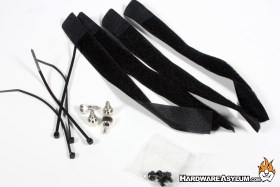 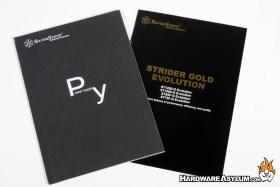 In case you wanted to know more about the PSU you just purchased there are two very informative guides that talk about how to properly install your new power supply and also define some of the technical details outlined in the PSU specifications.
Cables
The main 24pin ATX cable features the standard 20pin + 4pin connector configuration.  These connections do not snap together so you will need to make sure they are inserted at the same time to make sure they both get seated correctly.  It is hard to imagine that any system needing a 1200w PSU will still be using a 20pin ATX header but stranger things have happened. 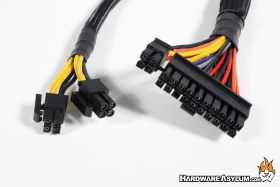 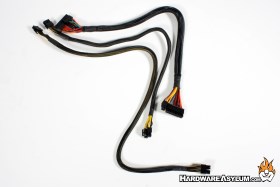 There are two sets of 12v CPU power connectors and both use the 4+4 configuration for better compatibility.  Unlike the main 24pin connector you can install each 4+4 plug separately.  Looking at overall cable lengths the 24pin and one 8pin cable measure in at around 22 inches long.  The second 8pin cable is a little longer at 31 inches which can help with cable routing since the CPU power is often on the other side of the motherboard.

The Strider Gold Evolution supports four GPUs in a single system either in SLI or Crossfire configurations.  To accomplish this Silverstone has included four PCI Express power cables each with a 4pin and 3pin power plug.  For those of you running reference nVidia GTX 580's that equals one cable per video card but if you happen to be running a dual GPU graphics card you'll need to use two cables per card since they tend to require two 4pin power connections. 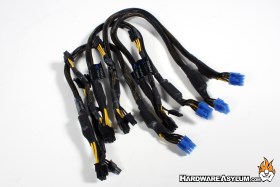 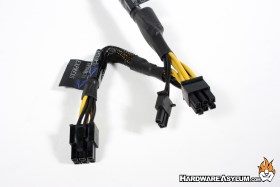 A great feature of the PCI Express power cables is the inclusion of 2200uF capacitors on each cable to better maintain voltage stability and improve ripple and noise performance.  You can see these capacitors near the power plugs under some heatshrink tubing. 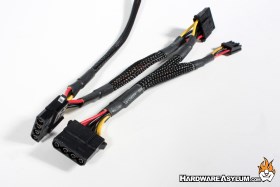 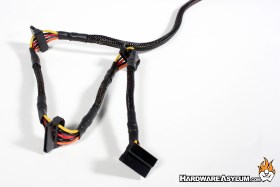 The final cables are your standard SATA and Molex power connections.  Each cable features four plugs per end and measure in at around 41 inches end to end.
Power Supply