When Kingston Technology first launched the HyperX line back in 2002 we knew exactly what we were in for, high end memory with a focus on enthusiasts.  That’s why when the first HyperX Cloud gaming headset was released in 2014 it flew a bit under the radar.

That doesn’t happen anymore, their Cloud II may be the best gaming headset for the money on the market today.  In this review we will be looking at the latest offering from HyperX, the Cloud Revolver Pro Gaming headset. Dubbed the Ultimate Gaming Stereo Headset, the HyperX Cloud Revolver has a lot to live up too! 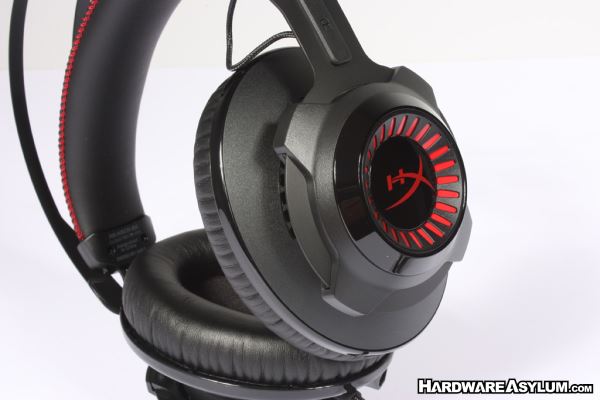 With the Cloud Revolver comes a dramatic new look centered on a full steel frame.  As with all the HyperX products the color scheme is a solid black with red accents on the ear pieces. While the Cloud Revolver brings anime to mind the red style of the sides may resemble the cylinder on a revolver pistol.  There are no lights to distract though it may look like the red is lit in the pictures.

HyperX is the high-performance product division of Kingston Technology, the world’s largest independent memory manufacturer. Started in 2002, HyperX began with one line of high-performance memory and has grown over the years to encompass multiple product lines of memory modules, solid-state drives, USB Flash drives, headsets and mouse pads. Featuring best-in-class components that deliver superior performance, quality and aesthetic design for more than a decade, HyperX products are the choice of top-rated gamers, tech enthusiasts, and overclockers worldwide. From setting memory world records to achieving the most stringent product certifications, HyperX is committed to delivering reliable products with the highest performance standards.