In this review we took a look at the new Asura Genesis Xtreme NVMe based SSD.  This drive is the first product being offered by Asura and is designed for the PC Enthusiast and any situation where storage performance will be a defining factor in the build.  The drive features a Phison E12 controller and Toshiba NAND flash making the drive extremely fast and to help keep temperatures in check the drive is encased in a dual sided heatsink and flanked by RGB LEDs.  As we have seen RGB Lights are being added to just about everything and while it started with memory modules YEARS ago it has recently spread to motherboards, video cards, keyboards, headsets and SATA based SSDs however, until now RGB lights were absent from M.2 NVMe drives. 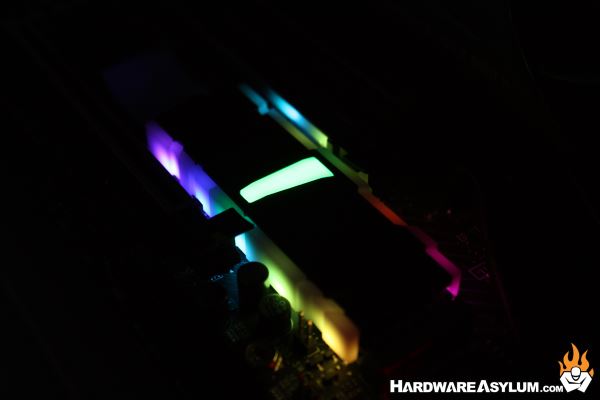 I was rather surprised to see how “flat” the drive performance got once we hit the 256KB transfer range in the ATTO benchmark.  Normally there is some deviation however Reads topped out at 3400MB/s with writes hovering around 3000MB/s which are exactly what the Asura documentation reported. 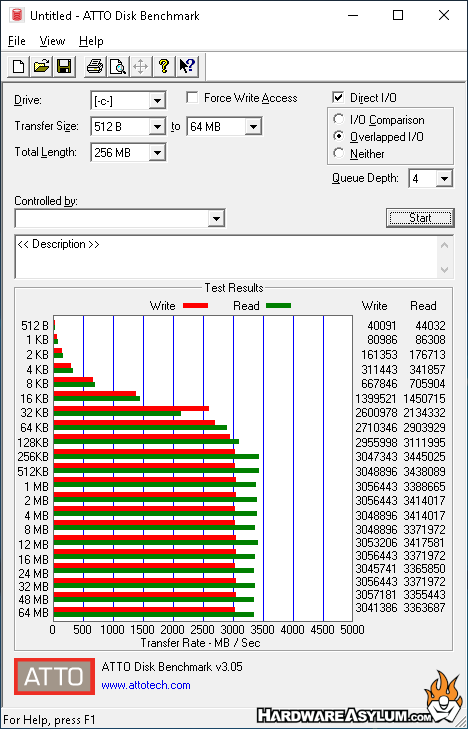 As enthusiasts we all like to speculate on specs and really choose our computer hardware on what will give us the best performance.  Sometimes doing this can pay off like choosing a Core i7 over a Core i5 or picking faster system ram over what might be on sale at Frys.  Other times you can spend hours pouring over benchmark results and not find anything that matches the real world performance.

Real world performance is a rather important aspect of storage since it can dictate how responsive your system is and even how fast your maps will load.  To test this I use both PCMark 10 and BAPco Sysmark 2018 and should be noted that both benchmarks are “full system” tests with no dedicated storage result.  As a result the scores will change based on what hardware is installed and how it is configured.  For our tests we use the same machine with clean images loaded to the drives for each run and made sure to enable XMP on our system memory.

Form factor and heat can be a concern with this drive.  During our storage tests the Genesis Xtreme did get physically warm to the touch indicating that the heatsink was doing its job.  Sadly the RGB lights were not controllable using the MSI Mystic Light software.  I suspect it will be up to the motherboard makers to build in support for M.2 based RGB lights into their software.  Because of this the drive just defaulted to a standard RBG light cycle with no apparent way to turn them off.