In this review we took a look at the new Lexar NM610 NVMe based SSD.  This drive is using the latest NVMe 1.3 standard and happens to be the fastest drive in the Lexar NVMe SSD lineup.  The drive is available in three capacities including 250GB, 500GB and 1TB all using 3D TLC NAND.  As with most NVMe drives the NM610 is built on the M.2 2280 form factor and using a PCIe 3x4 interface.

Overall advertised speed is respectable at 2100MB/s Reads and 1600MB/s writes and yet is a far cry from some of the fasted NVMe drives on the market.  This drop in performance did not impact performance and attributes to the lower price point making it a more cost effective drive and a good match for any mainstream system build.

As our benchmarks showed these numbers are quite accurate and representative of the performance you can expect.  One thing that surprised me is how inconsistent this sample drive was in the ATTO benchmark.  The 64MB transfer speed was on point with the advertised speeds but randomly throughout the test the write performance dropped off the map.  I suspect this is one of the reasons for the lower than expected SYSMark and PCMark 10 scores. 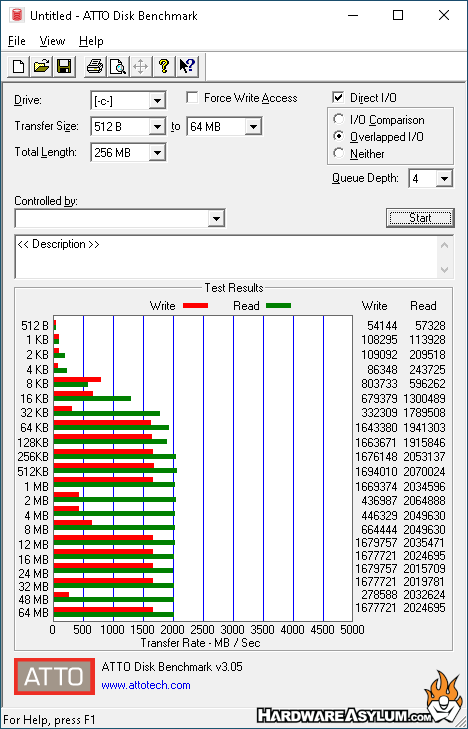 As enthusiasts we all like to speculate on specs and really choose our computer hardware on what has the best performance.  Sometimes doing this can pay off like choosing a Core i7 over a Core i5 or picking faster system ram over what might be on sale.  Other times you can spend hours pouring over benchmark results and not find anything that matches the real world performance.

Form factor and heat were not a concern.  The NM610 is a standard 2280 drive and was reasonable when it comes to heat production.  I measured 40c during high load tests without a heat spreader and less than 30c using the factory MSI drive cover.  As with any NVMe drive it is suggested that you use a heat spreader but that isn't a requirement if your system has ample airflow.