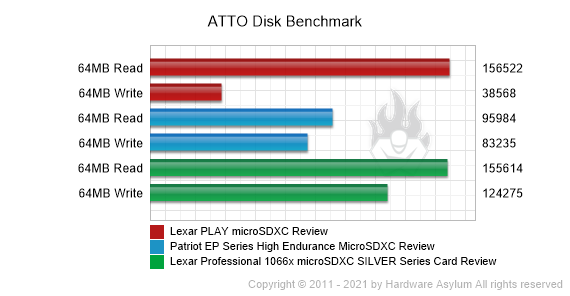 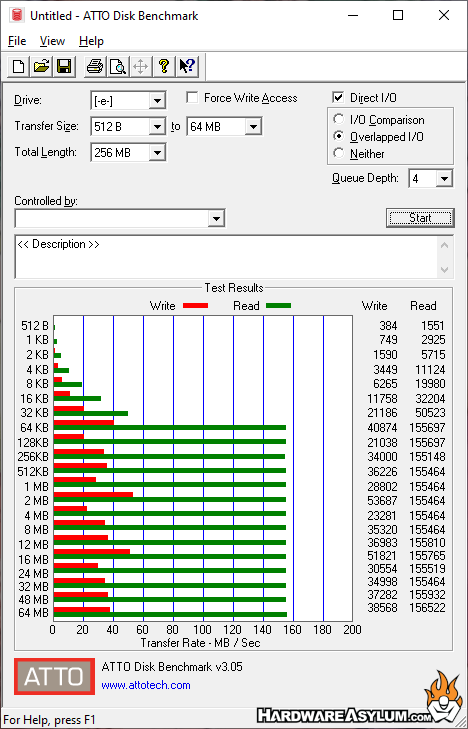 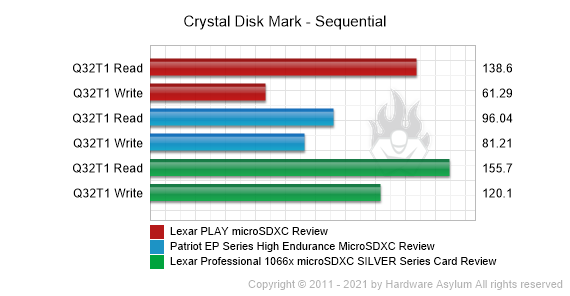 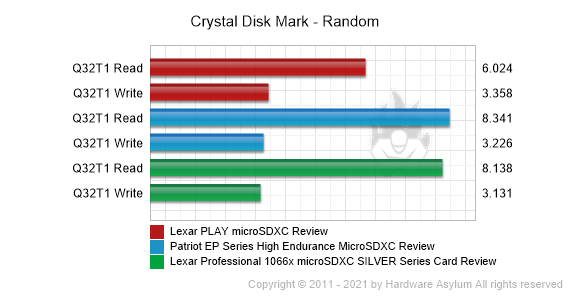 External SSD performance depends on a number of factors including cable length, USB chipset and even the type of processor you are using.  The Lexar PLAY is a very fast drive and yet suffers from very slow write performance.  Considering that this drive is designed for “consuming” data that isn’t a bad thing.  In fact, having faster reads is important for the user experience.

While the raw write performance is slower than expected when you get to the random writes the performance is on par with our reference storage solutions giving value to the overall performance when saving images, game data and other files as part of the daily ritual.  Though I would be lying if the ATTO benchmark results were not a bit scary.

When picking a flash memory card, you need to consider the speed and capacity of the card but also how you intend to use it.  In a typical consumer situation where the user will be consuming data either by loading applications, watching movies and listing to music it is important to have a storage card that caters to these tasks.  Of course, there are faster cards on the market and at least one of them was featured in this review.  However, what many of these cards do not have is a 1TB storage option like found in the PLAY line from Lexar.  As they say, storage is king, and with 1TB that is a lot of space to fill up.