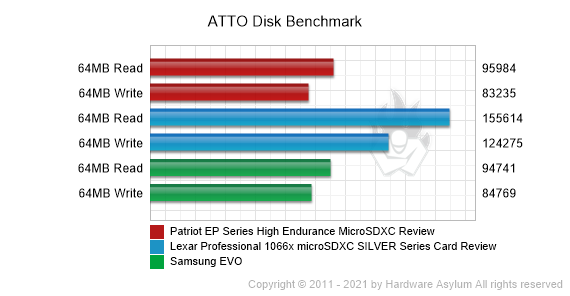 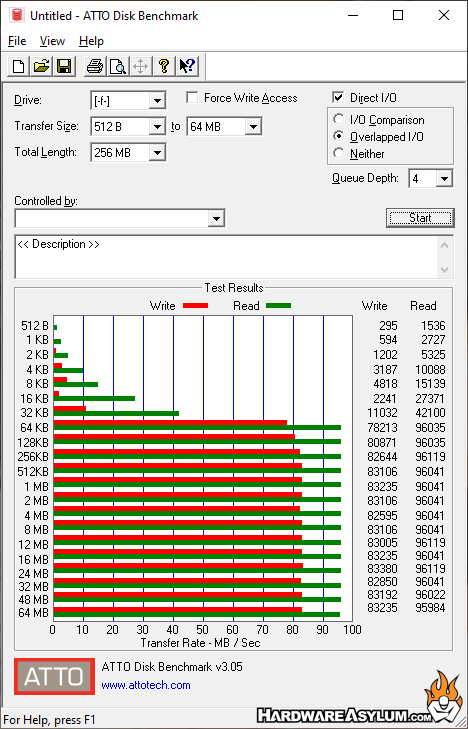 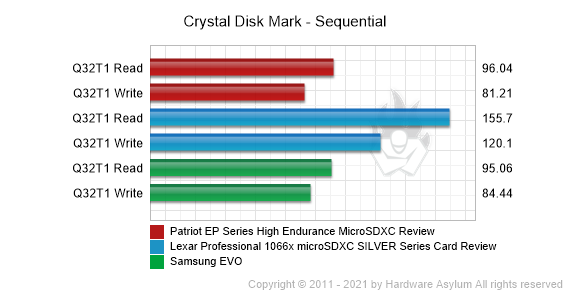 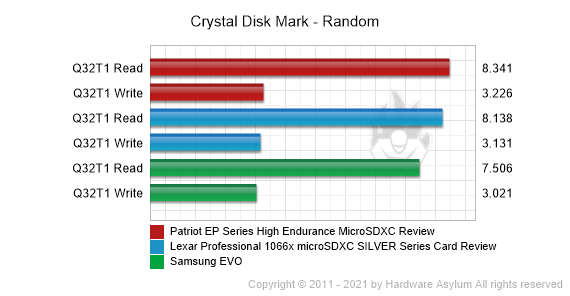 External SSD performance depends on a number of factors including cable length, USB chipset and even the type of processor you are using.  The Patriot High Endurance is not the fastest drive but does offer typical V30 based performance from a UHS-1 Class card with numbers that match the specifications from Patriot.  It is difficult and time consuming to test wear levels and performance degradation so the raw performance will have to do.

As with any storage device there is some overhead in processing the data.  Despite this I am surprised to see that Sequential reads and writes are almost dead on when it comes to reporting their transfer rate however when we get to the random writes the cards tend to slow down considerably.  This goes back to the ATTO screenshot showing that only 64KB files and larger have been optimized for this flash storage medium.

When picking a flash memory card, you need to consider the speed and capacity of the card but also how you intend to use it.  In a typical consumer situation such as recording video on a GoPro or expanding the internal storage of your mobile device you will likely replace the device before the card starts to fail.  However, in high demand situations such as video surveillance, security cameras and dash cams the quality of your memory card will translate into long term performance and increase overall stability.  This is where stepping up to an enterprise class memory card really matters and the solution that the Patriot EP Series High Endurance MicroSDXC memory card is designed to deliver.