The Transformer KA1900 sports an average size for an AC1900 router 10.25 x 6.3 x 2.36 with absolutely no external antenna.  Many of the consumer routers attach their antenna to the outside of the frame to increase range.  However, the KA1900 features an internal antenna design to keep the outside free and clean.

In terms of weight the Kasda Networks Transformer is lighter than the Nighthawk R7000 weighing in at 1.32lbs.  Much of this weight savings can be felt given that the shell is made from a high gloss plastic.  I suspect the router could have been much smaller had the antenna been externally mounted.  Personally I’m a fan of the internal design and if that means that the router will begin to sound hollow I’m fine with that. 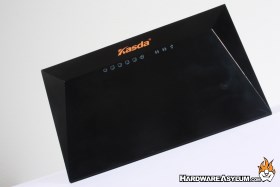 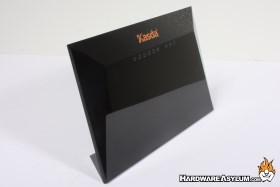 Kasda intended for the Transformer KA1900 to sit on a desk.  This is reaffirmed by the placement of the access ports which include a four port Gigabit switch, WAN port for Internet access, 1x USB 3.0 and 1x USB 2.0 ports.  Power plug and switch are located on the back along with a WPS button and reset. 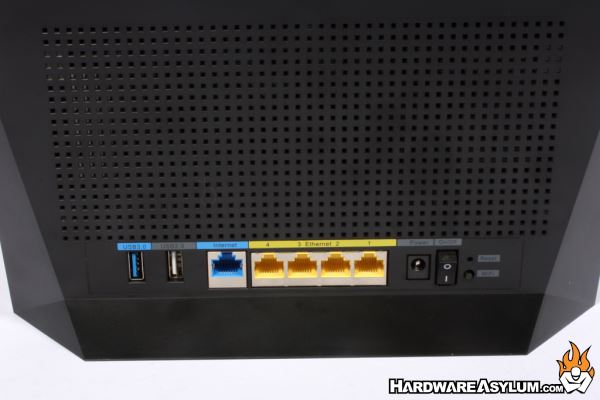 The holes on the back panel are for venting and while there is no fan in the Transformer KA1900 the device does get quite warm when under load.

I tested the Kasda Networks Transformer KA1900 WiFi Router in a variety of common scenarios.  Obviously a rudimentary 5Ghz range and speed test proved that the Transformer matched the R7000 in both range and speed.  Data transfers were also noticeably faster over a Netgear R6200v2, which is a given considering the AC1200 rating.

The next test was with NAS functionally.  This router supports Samba based network access and when an external drive is connected to either of the two USB ports the contents of the drive are mounted and shared with anyone on the network.  Security can be added to this using the web interface though for quickly sharing files simply plugging a drive in is super easy.

Router monitoring is handled through a couple screens in the web interface allowing you to get stats on the health of your router, who is currently connected and data transfers.   I personally like the real-time charts and their accuracy in monitoring what is going on. 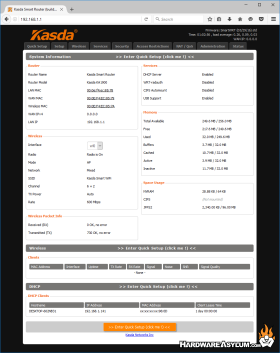 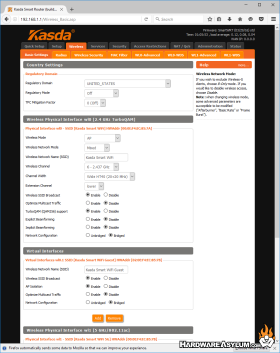 Some router connoisseurs will recognize the web interface as DD-WRT and while it is not called out specifically in the documentation the layout and features are identical.  Given that DD-WRT supports similar devices using the same processors it makes sense and I’m impressed they decided to include it.

DD-WRT is a very powerful Linux based OpenSource alternative router firmware that unlocks what the router is capable of.  As you can imagine the hardware inside a modern router is nothing more than a low powered computer and when matched with the proper software can allow you to do things the manufacture never intended or didn’t want to support. 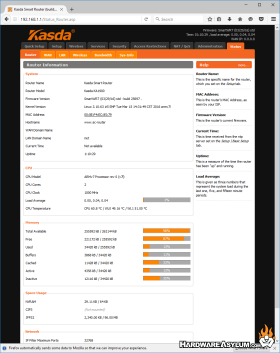 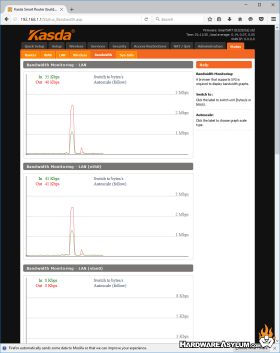 For instance there is a diagnostics screen in the Transformer web interface that allows you to see the iptables script used to create the firewall.  Obviously this is for advanced users but, if you needed to make a change or troubleshoot an access problem you could do it from that page.  Of course all of these things are accessible from the other menus and before you ask, Yes setting up the router is really easy.  The extra menus may seem a little daunting until you realize that a good majority of them are for advanced features.

Quick setup is done when you first access the router and after setting wireless security and changing the name you’re in business.