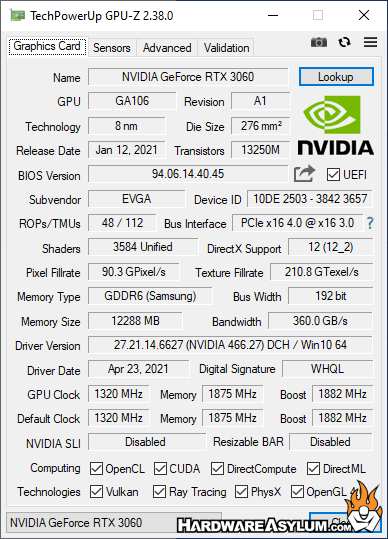 Framerates were captured using the included benchmarking software or captured game data.  The settings used for each test will be listed on the individual benchmarking page with the average framerate recorded in the charts.  When possible, only the GPU scores are recorded giving the best opportunity for repeatable results.

I also want to mention that very few of these benchmarks focus on Ray Tracing or DLSS.  Much like with PhysX it is just a technology that has been enabled on a certain hardware platform.  In this case Ray Tracing and DLSS only run on RTX video cards and are only enabled in a few select games and benchmarks.