Unlike the coolers used on the Founders editions the cooler on the EVGA RTX 3060 XC Gaming is pretty easy to remove and the first step is the backplate.  There are several small screws that pass through the PCB to the heatsink so it will need to be removed first.. 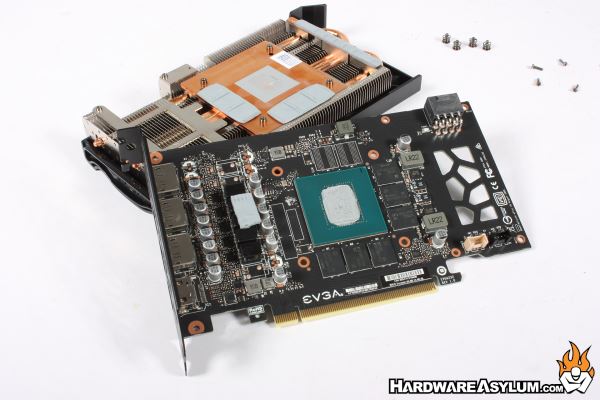 Once the backplate is removed you can take out the four spring screws and gently pry the heatsink away from the PCB.  I found that the cooler liked to get caught on the I/O cover so be careful. 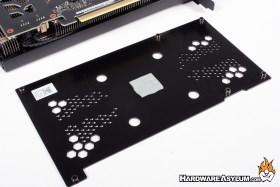 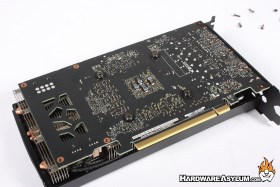 Also make note of the RGB and Fan headers, those will need to be removed as well.

With the cooler removed we can see just how tiny the RTX 3060 (and 30 Series in general has become.  At the left of the card is the GPU and Memory VRM.  The row of mosfets are cooled by a second layer in the EVGA cooler.  It would seem that this level of RTX didn’t require the extra three power phases that appear to be removed based on the open solder pads. 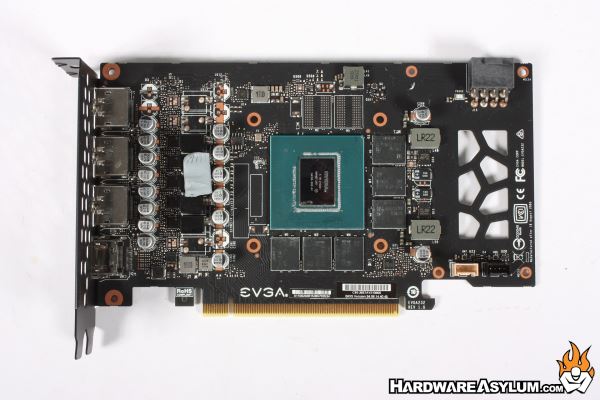 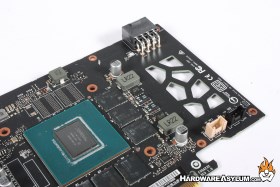 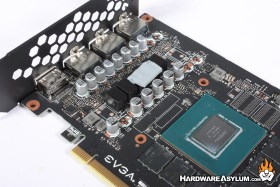 Around the GPU you’ll find the 12GB of memory along with two pads that never got populated and to the right of the GPU is a small open square in the PCB to help increase airflow.  This was a feature on the “super small” RTX 3080 and I find it cute that EVGA included a similar feature here. 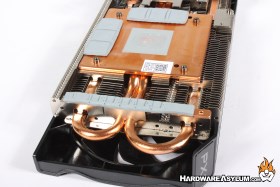 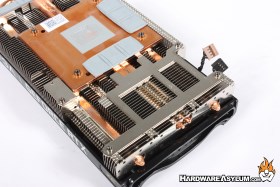 The cooler features a pair of “U” shaped heatpipes allowing the cold plate to make contact four times.  Two over the GPU and two around each edge.  Conventional logic has me throwing up the WTF flag but, the cooling performance indicates that there really isn’t anything wrong and while it might look funny it appears to work.