Video cards with a factory overclock are good for any gamer since they can offer you better performance with only a minor price premium.  Some of these cards are just the standard reference design with a voltage bump and new speed profile.  While there is nothing wrong with this it is always best to look for cards designed to handle the extra speed and the Gigabyte GV-N670OC-2GD is designed for overclocking so let's see what it can do.

Overclocking the Kepler is a little different than what we have done in the past since there are no shader controls and you have to deal with the non-adjustable Boost Clock.   For these tests we settled on a +150 boost on the core and +300 boost on the memory.  That roughly translates into 1080Mhz Core and 1652Mhz Memory with a boost clock ramping things up to 1159Mhz, or was it? 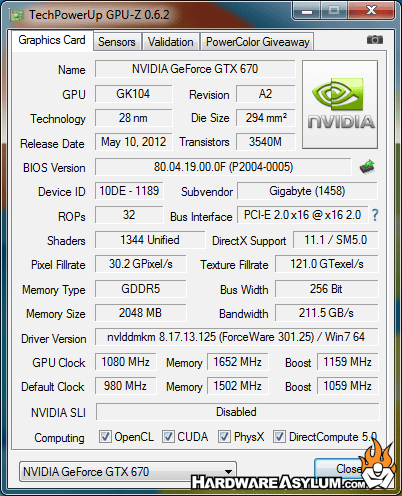 During our benchmarking runs we left Afterburner running so we could monitor temps and core usage.  After several runs we noticed something strange, it would seem that under load the core clock was boosting up to 1289Mhz.  Memory clock remained locked at 1652Mhz but the boost clock was way higher than we had expected to see. 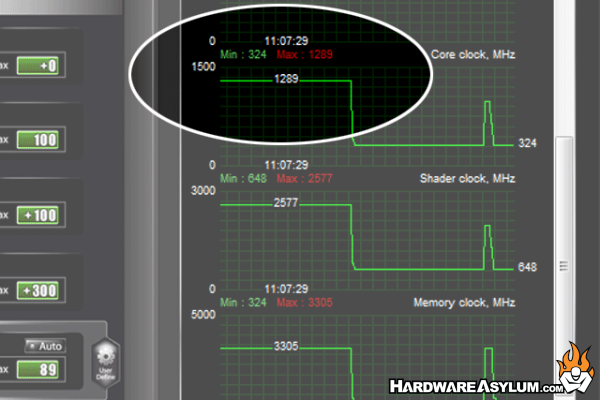 Given the unexpected core boost let's see if that increased any numbers.

Overall a good boost across the board, keep in mind that overclocking is not guaranteed so your results may vary.  Out of habit we cranked the fans up to 100% for these tests and given the temps we have no reason to believe that leaving the fan controls on auto would have a negative impact at all.
Video