GPU Boost is best described as a turbo boost option for the GPU.  Traditionally GPUs came with fixed clocks for both 2D and 3D operation and were determined based on maximum loads that stayed below a predefined power target.  Often these limits were determined using a synthetic benchmark and not a real world situation, such as a friendly game of Battlefield 3.  GPU Boost technology allows the core frequency to "average out" under load so that when TDP is not reached it can increase the core frequency and provide better performance.

GTX Titan expands on this concept and exposes GPU Boost to the enthusiast in what Nvidia calls, GPU Boost 2.0.  The new boost technology now scales on GPU temperature and a power target instead of board power.

Nvidia had this to say:

As a result of this change, the GeForce GTX TITAN GPU will automatically boost to the highest clock frequency it can achieve as long as the GPU temperature remains at or below 80C. The GPU constantly monitors GPU temperature, adjusting the GPU's clock and its voltage on-the-fly to maintain this temperature. GPU Boost 2.0 can also deliver a better acoustic profile since temperature is controlled to a tighter range around the user target. This in turn helps keep the fan speed stable and reduces the overall system level noise.

Due to this change the boost clock is no longer determined by typical board power but scales based on temperature such that a properly cooled chassis will offer better performance than one that isn't well ventilated.  Along the same lines if you choose to watercool your GTX Titan you will see even better performance since watercooling tends to cool much better. 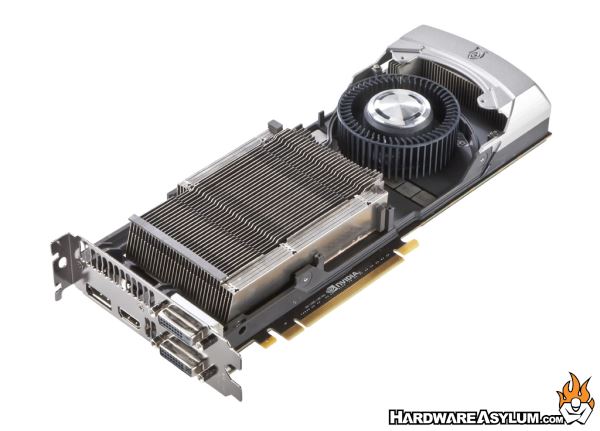 So where does all of this extra performance come from?

It would seem that Nvidia had a change of heart when it comes to overclocking the GTX Titan.  As part of the GPU Boost 2.0 technology the boost controller will dynamically control GPU voltage along with frequency.  So long as the GPU stays within the allowed range and temperature you have the ability to boost.

But there is more!

Default voltages on TITAN are limited to a range fully qualified by NVIDIA. This voltage range is in place to protect the silicon from long term damage. However, some of our most enthusiastic customers may want to push their GPUs to the limit by raising the maximum voltage further.