Those of you who have been following the site will know that I like to build things and being a craftsman lends well to modding things.  A few years back I custom painted up a number of computer cases and gave them away as promo items for HardwareAsylum.com.  More recently the ongoing Thermaltake X31 mod project keeps coming back for even more modifications.

To hear about the latest with the X31 be sure to check out the July episode of the Hardware Asylum Podcast.

Boise LAN has been a semiannual LAN party in the Boise Idaho area and one of the few events that I support whenever possible.   Since Ver 2 the website has been present offering up prizes and doing some unique overclocking demonstrations as a way to promote myself, the website and the enthusiast PC world we so love. 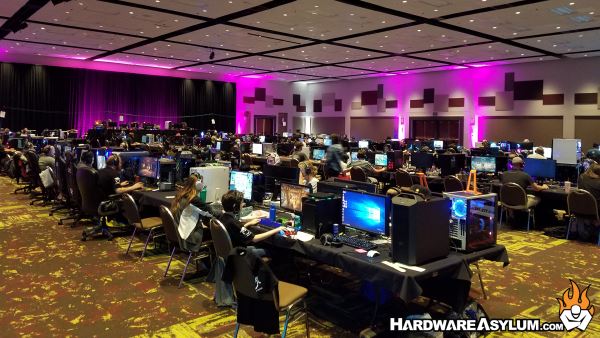 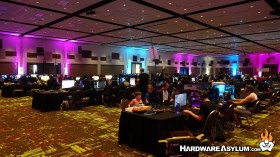 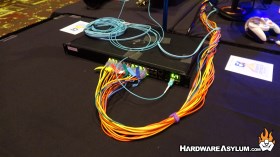 Boise LAN is more than just a LAN party, in fact it is an open event where local businesses and sponsors can arrange to have some space available to promote their businesses.  One such business is VR1 Arcade a local gaming arcade that specializes in Virtual Realty Gaming. 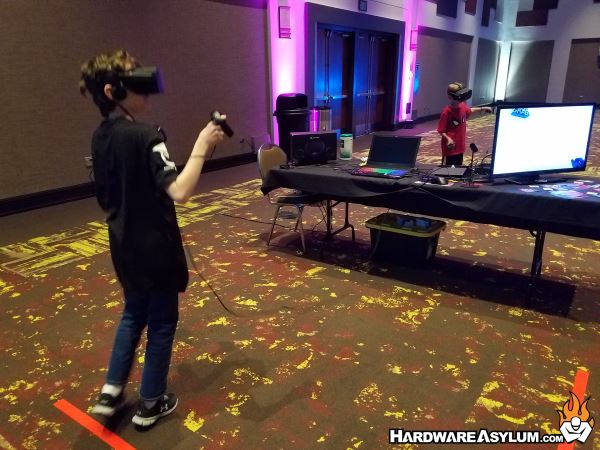 The business is simple.  You can reserve a booth to experience Virtual Reality first hand by yourself or with friends.  It isn’t just for gaming either as they offer VR Architecture, STEM sessions, Field Trips, Corporate events, rentals and can even setup a VR system in your home of business.

At Boise LAN 10 we decided to change things up a bit and instead of doing an overclocking demonstration we decided to hold a little contest, a casemodding contest.  In recent years there has been a trend pushing enthusiasts away from “modding” a PC in favor of “building” which is just appalling.  Granted with the hardware you can buy off the shelf there is rarely a reason to mod anything and sadly YouTube personalities cannot mod to save their channel so, I can understand the dilemma.

Just to be clear there are aspects of modding in a typical PC build and the main distinction is “Did the owner have to change anything to install the part?”.  This can be something like running a hardline watercooler or rewiring a fan.  Unfortunately, installing sleeved wires, LED fans or a motherboard with a full coverage waterblock is not a mod since they came out of the box that way.

Overall the contest went off without a hitch.  There were a total of twelve entries with only six winners.  The majority of the entries where what I would call a classic “build” with some creativity thrown in with color matching and overall neatness in the build quality.  Ironically most of the builds were watercooled with only one featuring hardline.  Two of the systems were modded one focused on cooling while the other was a very nicely done “stealth mod” with modern hardware stuffed into a very old chassis.

Finally one of the most unique systems was a hodgepodge of mismatched parts salvaged from the server world with some desktop hardware mixed in.  The owner was a server tech so the availability of certain hardware really dictated how his system would be assembled.

I need to give a huge shout out to ZOTAC for supplying some great gear for the prize pool.  As I mentioned there were a total of six winners all getting some ZOTAC gear including a ZBOX Mini PC, a 20-Series videocard and three branded backpacks.

I would also like to thank Mushkin for also supplying some great gear for the prize pool including a 512GB SSD and two 64GB swap flash drives.

From Hardware Asylum I supplied a small plaque as a trophy along with a branded microfiber towel. 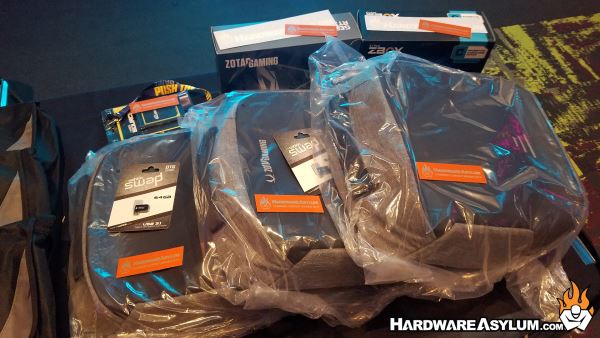 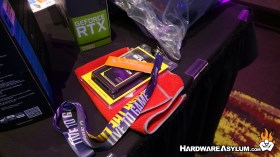 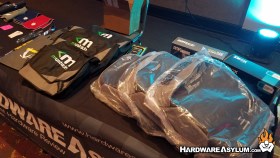 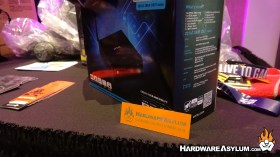 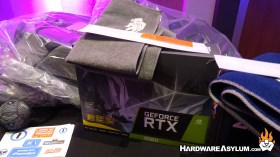 Below you will find the winning builds from the CaseMOD contest next to the owners. 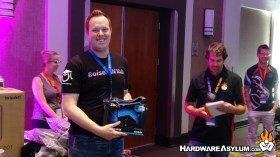 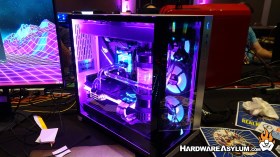 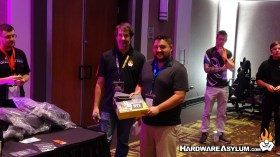 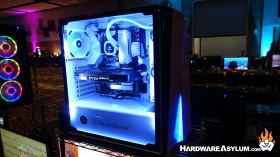 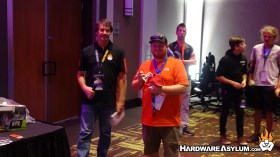 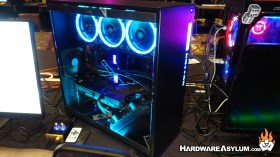 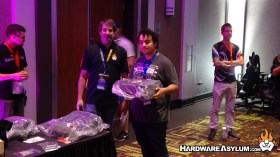 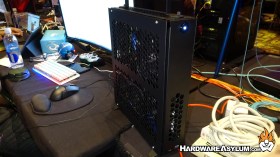 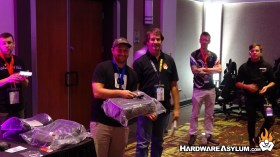 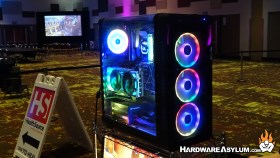 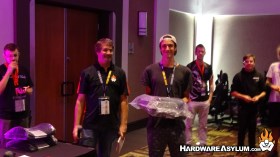 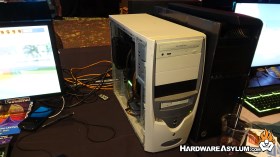 Congratulations to all those who entered and for those who didn’t get a chance to participate I am planning to have a second competition at the next Boise LAN so stay tuned!