For those of you who have been following the Ninjalane Podcast you may have caught on to what gear we use to record the various segments.  Both Darren and I live in the same city and get together on a monthly basis to record both podcast segments that will be released that month.  They usually consist of the primary show which is normally between 30 and 45 minutes in length and a shorter "Extra" that is often released as a single unedited cut.

Over the past two years we have recorded the podcast using the Yeti from Blue microphones.  This is a very nice self contained professional microphone comprised of three condenser units hooked into a USB based sound system.  The three condenser units allow the Yeti to record in a variety of modes including Stereo, Cardioid, Omni-directional and Bi-directional.  So, based on the mode you have selected the microphone will decide how to interpret the audio it hears and route it appropriately.  For instance in Cardioid mode the Yeti will mute the sounds it hears from the back of the microphone and from the sides if you happen to use Bi-directional. 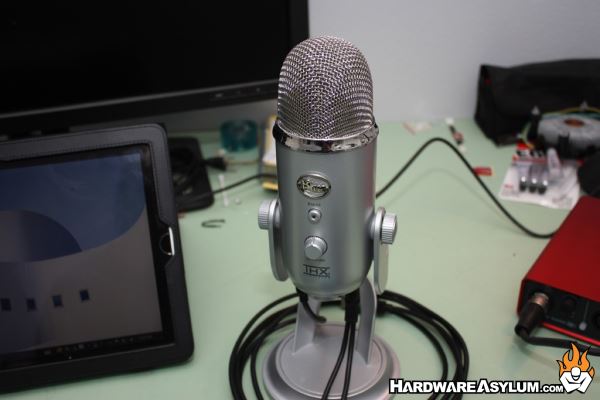 I choose the Blue Yeti for the Bi-directional mode as this was a cheap way to record audio from two people.  Of course the audio is then sent to the DAW and recorded using Audacity which is subsequently edited for content and bookended with music.  It's all very basic and while the episodes are usually 30 minutes in length it may take us anywhere between 2 to 4 hours to record everything and then about an hour to mix and edit the audio afterward.

The biggest problem we had was making sure the audio was clean.  This usually meant recording at night when there are very few cars on the road and when the normal hustle and bustle around the Lab has slowed.  To complicate things we also record in Ninjalane Labs Building 2 (AKA the Garage) which is less than ideal in terms of a sound stage but afforded us a good environment that was relatively quiet. 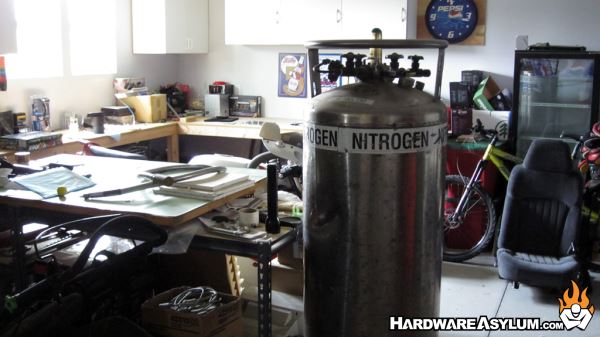 Despite the environmental challenges we have still managed to record a fairly clean audio signal at the expense of our comfort.  Take for instance during the summer months the garage tends to get quite warm and cooling fans tend to leave a nice background noise.  Yes, we could filter these out but condenser microphones tend to amplify background sounds leaving the important foreground audio sound muddy.  Likewise in the winter months we dealt with portable heaters which offered a different sound signature.  Given that consistency is important to us we would often record a segment and then take a break while the room is conditioned.

There are a variety of ways to overcome these situations.  The logical approach would be to build a sound stage with acoustical panels and acoustically correct dimensions.  This would help treat the environment but there is no guarantee that a fan in the background wouldn't get picked up given the sensitivity of the Blue Yeti and let's face it, building a sound stage isn't cheap.  Another option would be to adjust our recording levels by reducing the microphone gain and simply speak louder.  This was quickly axed for a number of reasons the first being that since we have shared the microphone the option to talk louder didn't feel natural.

The final solution was to ditch the condenser microphone and move up to broadcast quality gear with better noise control.  As you may have guessed, this is the option I opted to pursue.
General Information