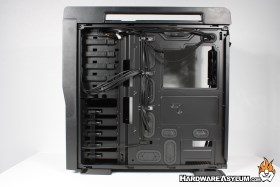 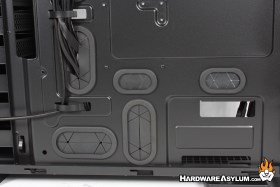 We installed an Asus P8P67 Evo motherboard to check clearances around the various case components.  The P8P67 PCB is a standard ATX size which puts it right in line with the available cables channels.  Extended ATX motherboards are also supported up to a maximum width of 13". 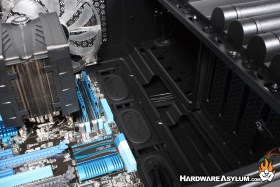 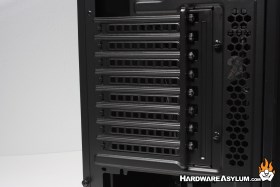 This next feature is a great addition for those of you who like to run a multitude of graphics cards and are fed up with only having seven slots available.  On the Level 10 GT you will find eight expansion slots which allow you to run triple and quad GPU systems with dual slot coolers intact.

Back in the early years of casemodding there were two visual indicators you could always rely on to separate a good case from a bad one.  The first was case material.  If the metal had a flat grey look then it was SECC steel and could stand up to years of abuse and extensive modding.  The second was the condition of the expansion slots.  If the card screws were inside the case it was from a quality builder who cared about their products.  "Pot metal" builders would often have these screws on the outside of the case and make you deal with a cover plate to cover for their laziness to create a proper expansion slot stamp. 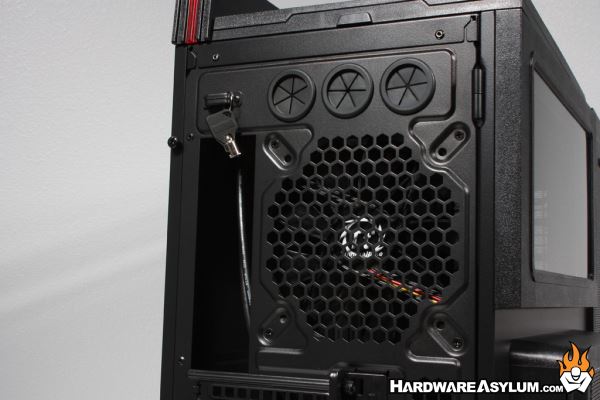 You will find 3 external watercooling and cable ports above the rear facing 140mm exhaust fan.
Cases