First the flagship processors had a default TDP of 125W.  This value increases under boost and not many coolers on the market can support that.  In addition, the processor would monitor temperatures and if you could keep the processor cool it would boost higher and offer better performance.  Consider it factory overclocking for systems that had excellent coolers.

Now, if your cooling system, case or environment could not maintain the temperatures expected by the Intel Boost technology then the CPU would start to throttle.  So, while the CPU might start out at 4.5Ghz by the end of the benchmark or gaming session the CPU might only offer 4.2Ghz, or even worse, Base Clock!  (OMG!!!)

To combat this many old school approaches to overclocking performance were put in place.  Gamers installed better heatsinks and started dialing their case fans up in an attempt to keep CPU speeds high.  It would be naive of us to think that Intel didn’t realize that their CPUs were hot and didn’t deliver the promised performance and is likely what created the “Intel Cryo Cooling Technology”

Intel Cryo Cooling Technology is a cooling solution that consist of a TEC cooler, TEC controller and Software package designed to keep Comet Lake processors chilled so they can deliver improved performance by allowing the CPUs to stay “On Boost” longer.

The Cooler Master solution is the ML360 SubZero and lives up to the name.  In unregulated mode the cooler is reporting a -16c temperature.  This is the lowest I have seen in my testing and is typical for this mode when there is no load on the CPU. 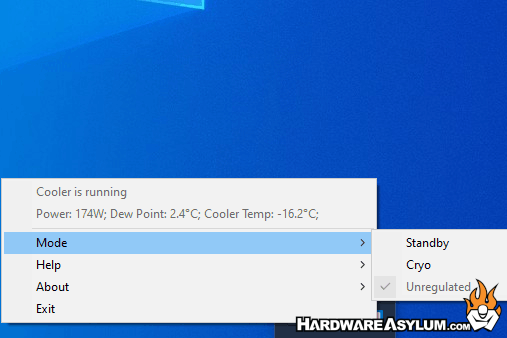 In Cryo mode the Cyro Technology software will allow the TEC to control temperatures based on the dew point of the surrounding air.  Typically, this is kept around 5c above the dew point for safety.  It is pretty dry in the high desert allowing the cooler to be pretty cold. 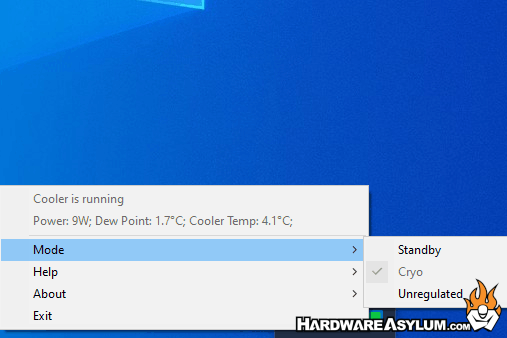 Under load both Unregulated and Cryo respond the same.  More power is fed to the TEC in an attempt to keep the CPU as cold as possible.   The end temperatures are the same either way and does not gain you much in terms of overall performance. 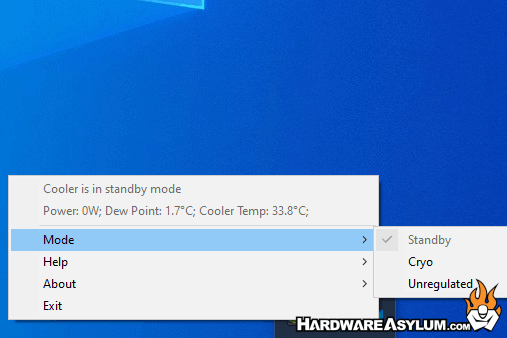 In Standby mode the TEC is turned off and the cooler acts similar to a standard AIO with really bad efficiency problems.  I wouldn’t recommend running your ML360 SubZero in this mode despite it being the default setting after a reboot.

Overall, I had fun with the Cooler Master MasterLiquid ML360 SubZero.  It required a bit of effort to get installed and yet, once configured it offered some amazing performance.  I was able to improve my Cinebench scores by a hundred or so points due to the CPU staying on boost longer.  Using Prime95 during the benchmarking tests offered a unique look into how the Cryo TEC works and what the limits really were.

At default speed up to 4.8Ghz the end temperature reading was virtually identical showing that the TEC was able to absorb all of the heat.  However, once the CPU was cranked up to 5Ghz the temperatures started to run wild showing that there is (and always has been) a practical limit to what TEC cooling can do.  In this case the 200w TEC module can handle around 150w of CPU heat and that is about it. 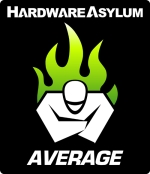