The CPUID System Monitor was used to obtain and record system temperature data and being that this is a 24 core processor we need something that will work across all of the cores at once.  For this task we're using a new version of Prime95 (p95v2810) that will allow you to spawn (n) instances to test with. 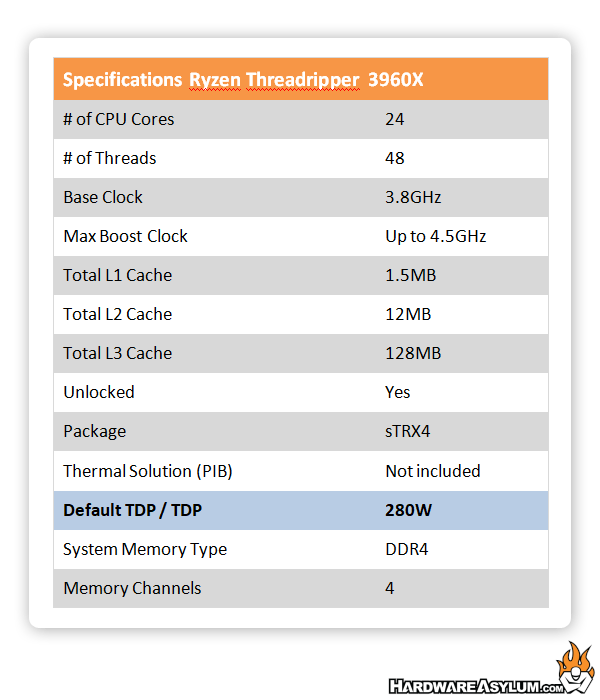 In our heatsink and waterblock tests we don't really focus on overall load temperatures but rather how well the product can remove heat given a specified heat load. Since this is a real-world testing method, we need to take into consideration real world variables and estimate tolerances. This is why we normally only apply 85% of the total wattage output to our heat calculations.

With Threadripper we elected not to do any overclocking tests.  The platform is already heat bound and while we can get an extra 300Mhz the end result wasn’t all that dramatic.  It should also be noted that during the test the entire CPU was clocked at 4.1Ghz and remained that way until the test concluded.  Given that the CPU didn’t need to throttle is a good indication that this cooler can provide a good performance cross section independent of what you plan to use your build for.

Sadly the reference system didn't do so well and while the cooler can handle a good amount of heat it didn't cover the IHS very well causing it to lose efficency.