In this review we will be looking at the new Cooler Master TPC-812 True Performance heatsink.  The cooler features a hybrid cooling design consisting of six 6mm heatpipes and two vertical vapor chambers.  Aside from the new vapor chambers the TPC 812 is your standard tower cooler with an alternating heapipe configuration.  The edges of the radiator feature a unique pattern that helps to increase surface area and also aid in visual appeal. 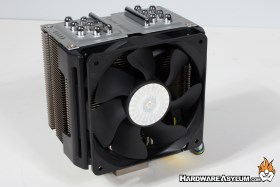 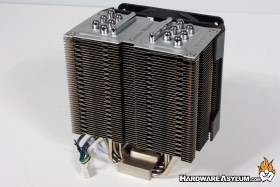 Looking at the fin detail you may also notice that the fins are a little thicker than on your standard cooling tower.  The extra material does add some weight to the cooler but makes the fins stronger and will resist damage. 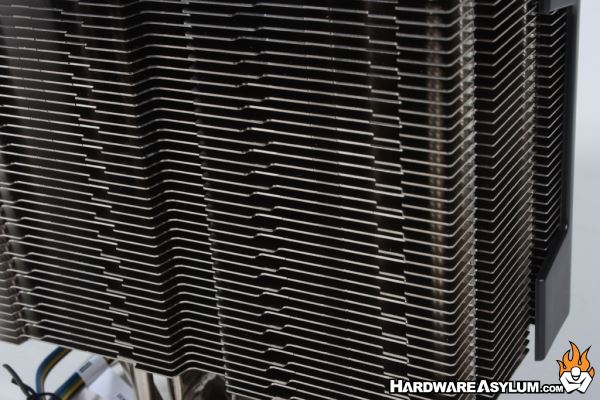 Incidentally the fin interlock is located along the side of the cooler in the channel that the fan connects to.  At first we didn't even notice it was there.

The Cooler Master TPC 812 features six 6mm heatpipes sitting atop a solid heatsink base with a micro texture finish.  We have mentioned before how this micro texture will help spread thermal compound better and reduces the chance of air bubbles.  The solid base also helps with thermal capacity giving the heatpipes more mass to work with. 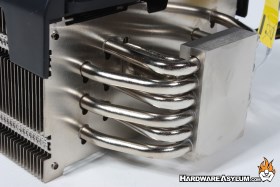 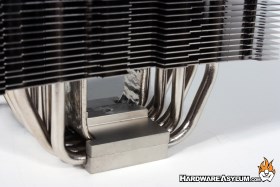 Vertical Vapor Chamber
The key cooling feature of the TPC 812 is the dual vertical vapor chambers that connect the heatsink base to the radiator.  You will find the chambers setting atop of the six heatpipes and proceeding directly into the center of the radiator.