A large rubberized wrist rest extends off the front a good four inches or so making it a tight fit for my humble keyboard tray. In practice the shape of the G80 was pretty good without it. 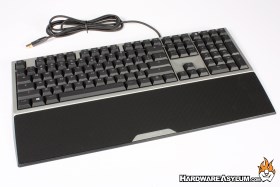 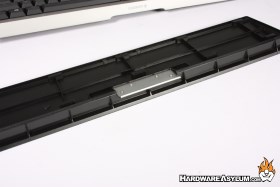 The rubber wrist rest attaches to the front of the frame using a solid magnetic docking system.  The feel is soft and grippy.  I do have to admit I immediately found it comfortable and had to remind myself I had second guessed the size. 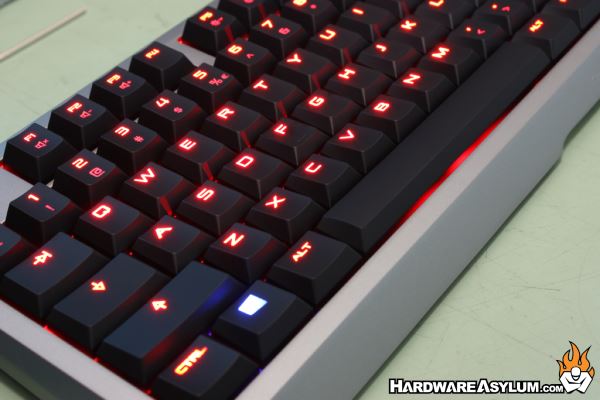 Ok, I have grown used to cherry paring colored lights with the same named key types. Red LED lighting for Red Cherry MX switches, blue for blue, etc.  For the most part keyboard makers have followed suit.  Of course now that RGB LEDs have taken over it is difficult to imagine a keyboard with a solid switch color.  The G80 in this review comes with Cherry MX Red switches at launch with excellent backlighting that can be controlled using the onboard controls for brightness.  I should note that some of the system keys light up in a blue color, Function and Windows keys for example, keeping things from being all red.