Building a computer has changed quite a bit over the years.  Early builds were often an exercise in trial and error and when something broke you tried something else.  Later iterations were supplanted by the rise of the pre-built which caused the cost of custom builds to skyrocket due to builders abusing the RMA system.  These days you can watch any number of tech channels build computers that serve no purpose while real enthusiasts, like us, apply reason to our builds to ensure that we have the correct parts and the best performance.

Sadly, there seems to be an aura of change on the horizon where component selection is no longer driven by performance but rather by price and style.  In the past this was often a recipe for inferior components made from inexpensive parts an assembled to look good just long enough to make a sale.

And, it still is, to a certain degree.

In this review we are looking at the 4000Mhz Toughram XG RGB Memory from Thermaltake.  The Thermaltake XG modules are available in the most popular configurations including 16GB dual channel kit with speeds ranging between 3600Mhz and 4600Mhz. 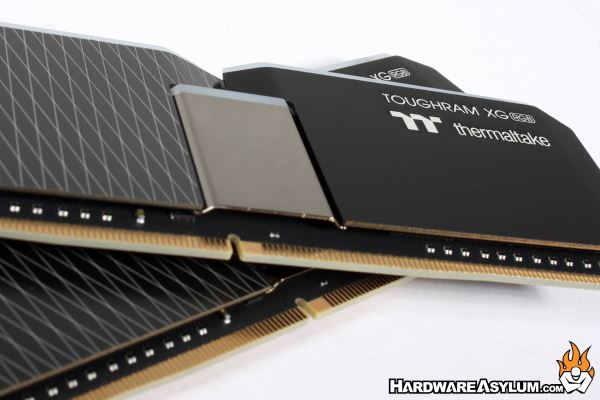 When it comes to memory it is rare to see a company do such a limited release.  Typically, you might see 6+ different speed profiles along with an effort to maximize the number of densities for better market penetration.  Instead, this release is done extremely smart by focusing on the most popular density configuration of 16GB (2 x 8GB) and releasing only four speeds.

The 3600Mhz will make the Ryzen crowd happy while also appealing to the largest purchase demographic.  From there you can get a 4000Mhz, 4400Mhz and 4600Mhz kits which work best on Intel based systems and appeal mostly to wanna-be hardware enthusiasts looking to get the most from their builds.

Unfortunately, there is a dark side to this calculation.