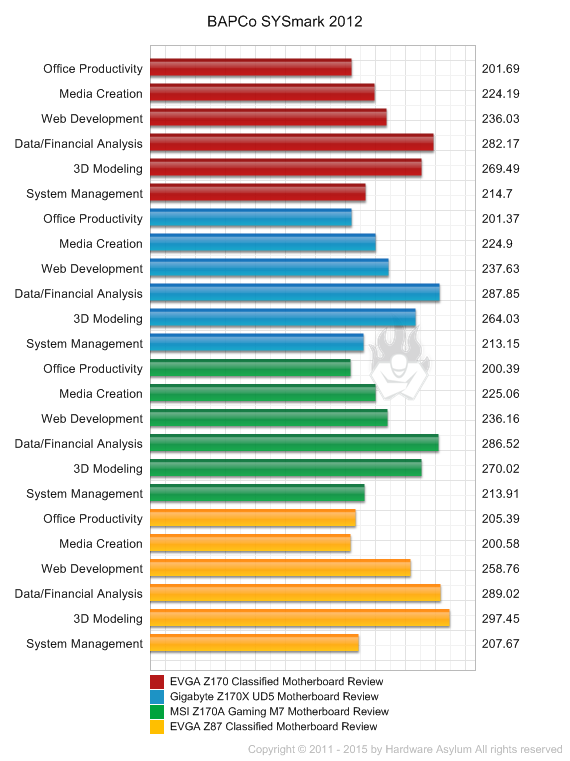 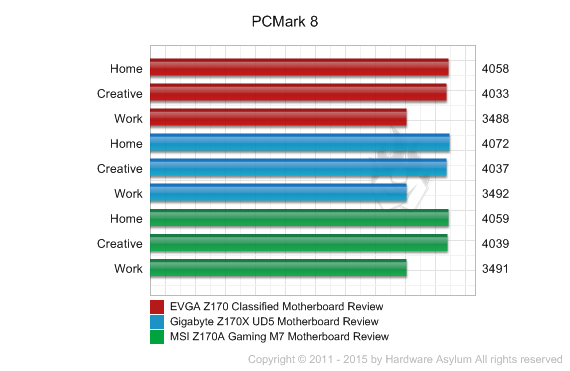 It should be noted that directX 11 is not represented in our motherboard reviews because the results are almost purely based on the video card and has very little to do with motherboard performance.  Likewise the benchmarks we have chosen respond well to minor changes in memory bandwidth and how efficient the system configuration is.

When we test our systems we do so with the default and auto assigned settings in place so to represent un-turned and out of box performance.  (read: default user setups).  Your performance may vary depending on the time you spent tuning your hardware.  Again, just like with the synthetic tests both motherboards perform identically, in fact they seem to be on rails.  Go Skylake it would seem.

Sadly PCMark Vantage had to be dropped and I am working on a replacement for the XVID encoding benchmark in hopes of showing something with multithreaded optimizations.