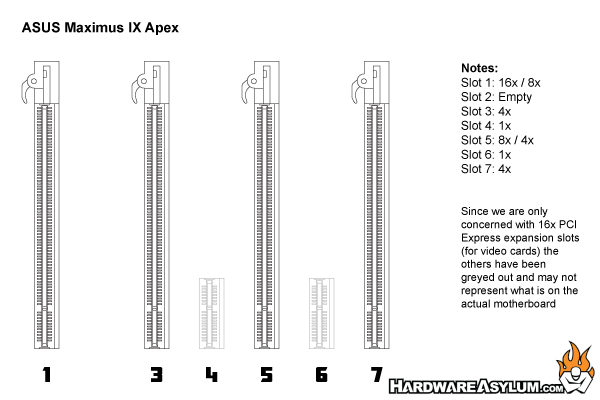 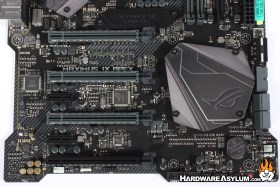 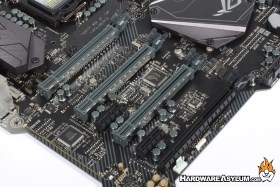 As indicated by the PCI Express layout chart there are a total of four 16x PCI Express slots on this motherboard with three of them using bandwidth earmarked for video cards.  Slot one will be the primary video card slot and will run at a full 16x when only a single card is installed.

For best video performance you will want to populate slots one and five with video cards.  Some weird stuff happens with the slot layout when slots one, three and five have video cards installed as the bandwidth of slot five is split between three and five.  This allows for proper 3-way card configurations but with diminishing returns since slot one doesn’t give anything up.

The Apex supports three basic multi GPU configurations from the standard and approved 2-Way SLI and 4-Way Crossfire.  A third mode is one that I rarely talk about and is Quad SLI.  Quad is different from 4-Way in that while you still have four GPUs in SLI you are using dual GPU video cards and thus keeping with the NVidia two card limit.