Power Supplies have been in a constant state of improvement for many years.  Early power supplies suffered from a variety of issues including low power output, excessive heat, poor efficiency and a rat nest of cables.  Over the years these have all been addressed with various certifications, improved switching circuits and casemodders demanding that their builds look better.

The one thing people often overlook is the physical size of a PSU and this has changed quite a bit.  One of my favorite SIlverStone power supplies is the SilverStone Strider ST1500-Ti, it is a monster of a PSU featuring the extended form factor (making the PSU longer), a 1600w peak power output and 135mm cooling fan.  While this power supply was amazing it was also extremely heavy.

A short time later SilverStone released the Strider ST1200w-PTS PSU which featured a smaller form factor due to the reduction in power output.  It is still a great PSU but shows how changing one factor can impact the product as a whole. 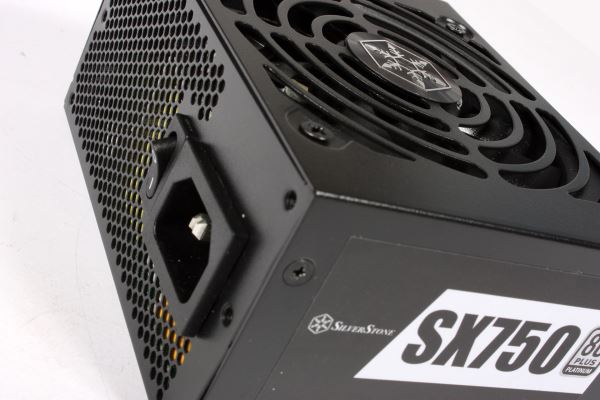 In this review we will be looking at the SilverStone SX750 Platinum SFX PSU.  This is a fully modular power supply in the SFX form factor.  We have seen SFX power supplies before however the major difference here is the 80 Plus Platinum rating which can offer a significant advantage when it comes to building in a small form factor chassis.