There are a variety of ways to get more video performance from your system, overclocking is the simplest of these methods and requires nothing more than access to a program like MSI Afterburner.  However, overclocking takes time and can compromise your systems stability and even void your warranty.  Another way to increase performance would be to upgrade your system.  Let's face your trusty Intel Q6600 may still be enough to play the latest game title but a modern Sandy or Ivy Bridge system ensures there will be no system bottlenecks in the heat of battle.

Both of the proceeding options can increase gaming performance but are fundamentally flawed, on one hand you have cheap performance but if something goes wrong you'll be buying a new video card.  The other option can be cost prohibitive for those of us on a tight budget.

Lucky for you there is a third option, SLI. 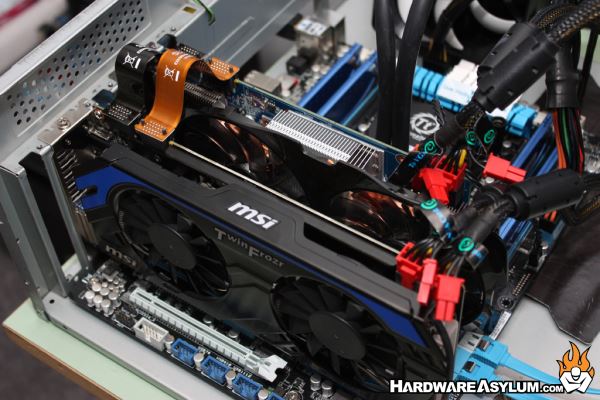 NVidia introduced SLI as a scalable way to increase video performance and it does so by adding more GPUs to an existing system.  Depending on the GPU you can link up to four of them together with the sweet spot resting somewhere between two and three.

The recent launch of the GTX 660Ti brought with it the promise of 3-way SLI (three GPUs) at a price most gamers can afford.  To put that in perspective each GTX 660Ti is faster than a stock GTX 580 and when you put two of them together those performance numbers can double.