Hitman places the iconic assassin on missions in exotic and diverse locales to kill various villains in each episode.  The game supports both DX11 and DX12 rendering methods and comes with a benchmarking application allowing you to test every visual component of the game. 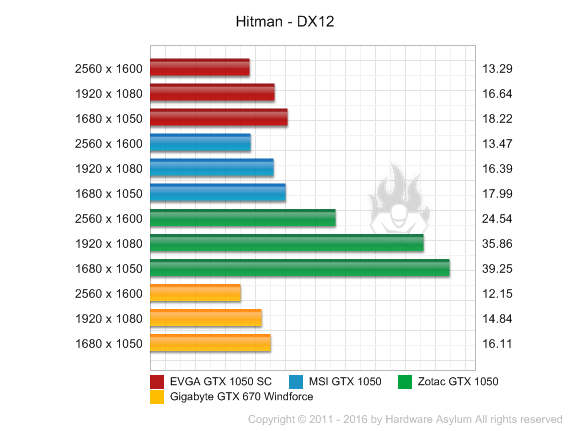 Rise of the Tomb Raider

Tomb Raider is one of the oldest game franchises that has spawned numerous sequels and even spilled over to the silver screen.  In this 3rd person game you follow Laura as she navigates the hub and spoke style of gameplay that borrows elements from the Uncharted series.  We used the Prophets Tomb benchmark sequence for this test in both DX11 and DX12 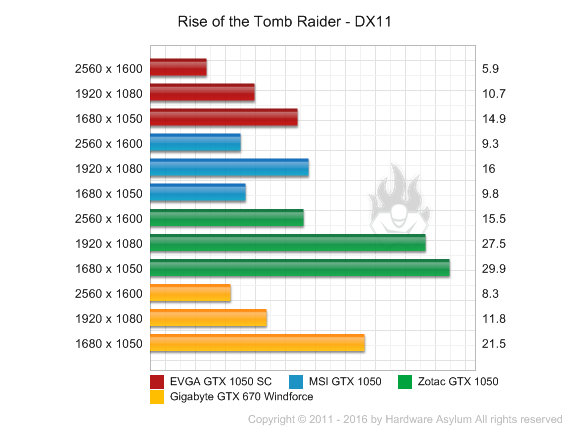 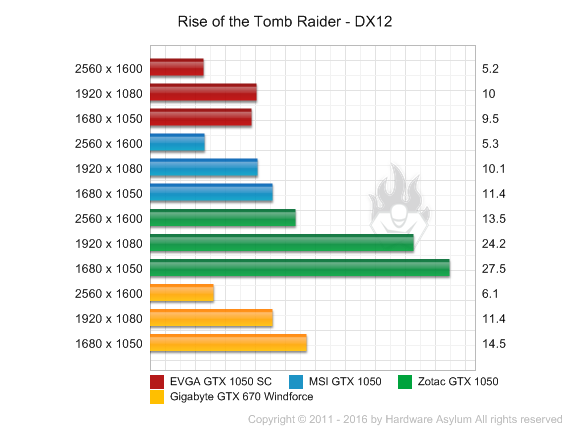 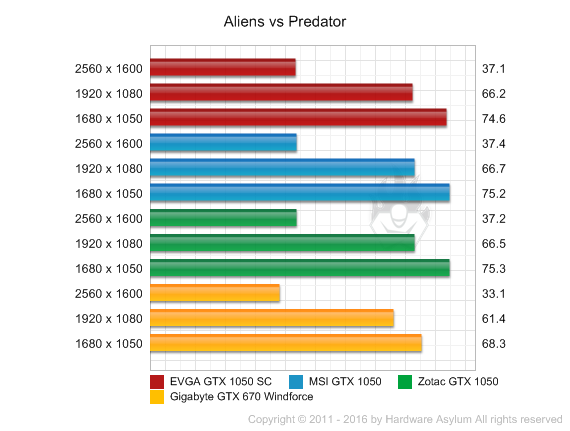 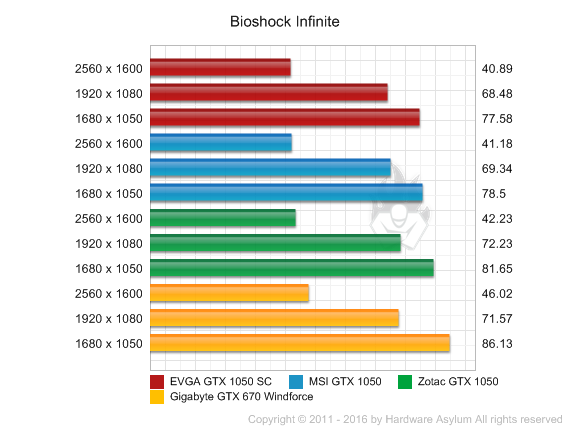 Anyone else find it strange that the card with the fastest core clock is the slowest in the 3DMark tests?  I also included a GTX 670 card for reference so people will know what the GTX 1050 compares to.  Of course the GTX 670 will be really slow in DX12 titles but from a raw power standpoint that is a good comparison.

I find it interesting that the Zotac card has the best scores in all of the DX12 titles but then comes back down to earth when the older benchmarks are run.  Could there be some magic in that Zotac BIOS? Or does the Samsung memory really make that big of a difference?

The most likely solution is user error and when dealing with 5FPS averages I’m not sure it really matters.