The AK620 has a very interesting installation procedure that includes a universal mounting system to fit every modern CPU.  We will be testing on LGA 1200 which means we will need to use the included backplate and build the mounting platform.  If you happen to be using an LGA 1700 system you’ll need to use the secondary backplate which is slightly larger to accommodate the new socket and clear the socket mounting plate. 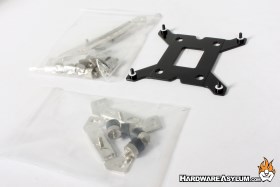 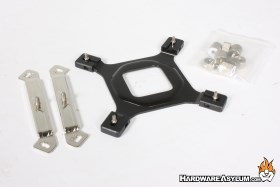 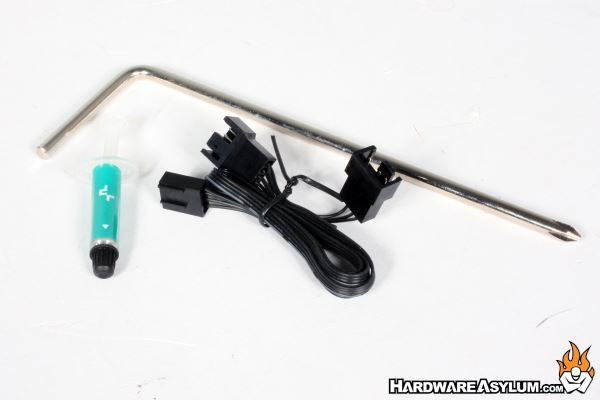 The first part is to install the backplate.  This plate comes pre-assembled and just needs to be lined up and held in place until step two can be completed. 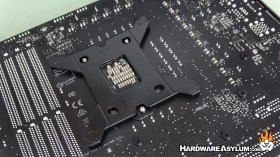 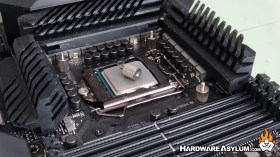 Step two requires installing the threaded standoffs which not only hold the backplate to the PCB but also establish the height required for the mounting rails.  These screws only need to be “finger tight” to keep the backplate from moving around.

When installing the mounting rails, you need to keep in mind the orientation of the heatsink and how you want the fans to be positioned.  By default, the airflow will follow the direction of the mounting rails.  If you are unsure how you want the heatsink installed then consider that you should have the airflow directed to the back of your chassis. 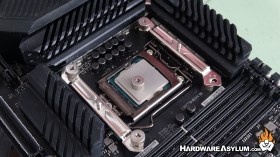 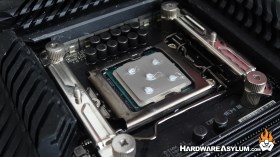 These rails are held in place with four more nuts and be sure to have the squares facing up.  These only need to be finger tight but, DeepCool has included provisions for a Philips head screwdriver to be used. 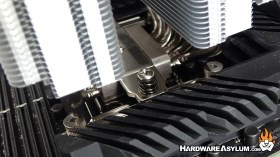 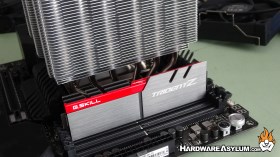 Tall memory modules can be used with the DeepCool AK620.  I’ve installed a set of GSKill Trident memory modules to give you an idea as to just how much room is available.