I have reviewed a good number of heatsinks over the years and have seen just about every style and design.  Most tend to follow the common established trends and work to make their implementation a little better than the competition.  Unfortunately, the competition has gotten rather fierce given that most enthusiasts have migrated to the AIO water coolers leaving the air-cooled segments to fight among themselves.  As you may imagine, this environment sees companies struggling to come up with new product designs where you might see old products being re-released new versions along with a few minor changes across the entire line.

In this review we will be looking at the DeepCool AK620.  This is a dual tower aircooler featuring dual 120mm cooling fans along with a full set of six copper heatpipes. 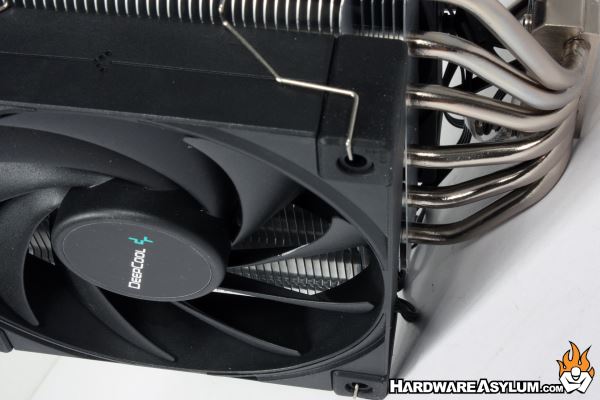 I was lucky enough to meet with DeepCool during Computex some years back and was able to secure a sample of the Gamer Storm Assassin Heatsink for review.  During this time it was popular for companies to name products with military themes and really push the limit on cooling performance.  The Gamer Storm Assassin was nothing short of a heatsink monstrosity featuring a dual tower design along with dual 140mm cooling fans and a total of eight copper heatpipes.

The new DeepCool AK620 could be considered a more refined version of this classic heatsink.  Both feature dual cooling towers that are wide enough to meet the cooling demands of modern processors and offer some very unique benefits when it comes to cooling performance. 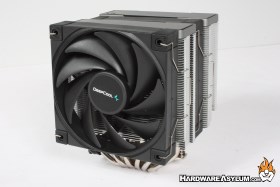 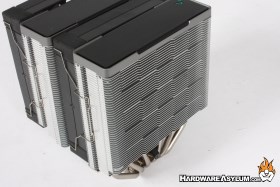 Heatpipes work on the principle of temperature difference, the greater the difference the more efficient the cooler can operate and if you look carefully, you will see that the heatpipes are divided in the middle with each half occupying an independent cooling tower. 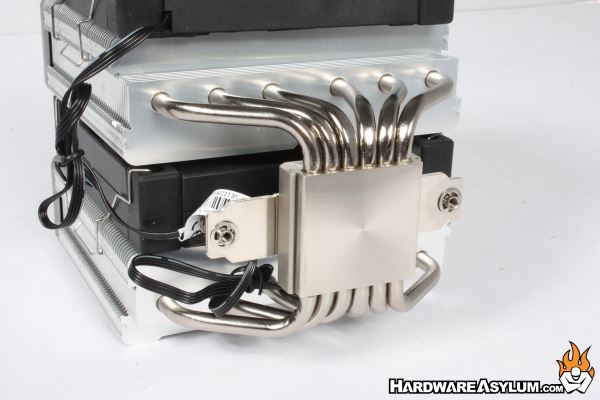 In effect, this doubles the total surface area and raises the overall thermal capacity above similar single tower designs with the same number of heatpipes.  The dual tower design also gives you the option to install multiple cooling fans with the most important one being directly in the middle. 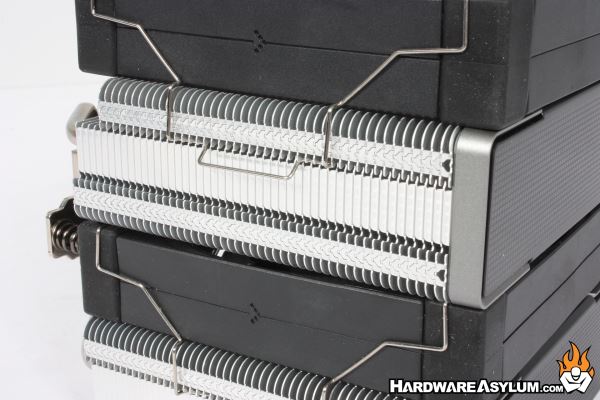 Fitment of the fans and cooling fins is extremely good.  The side panels show how each fin is interlocked for support and to prevent air from casually leaking away as it passes through.  The gap between the cooling tower and the fan is extremely tight which helps to facilitate efficient airflow and maximize cooling performance.