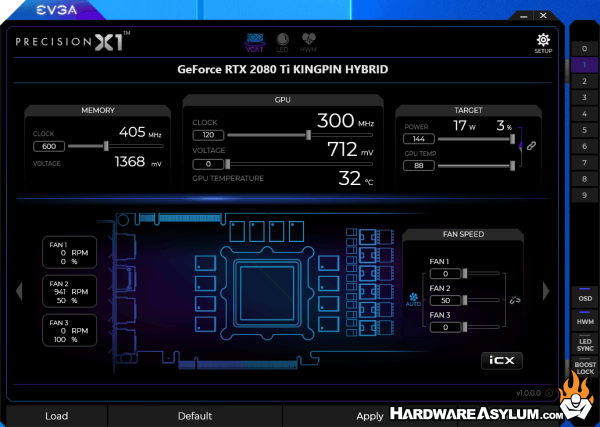 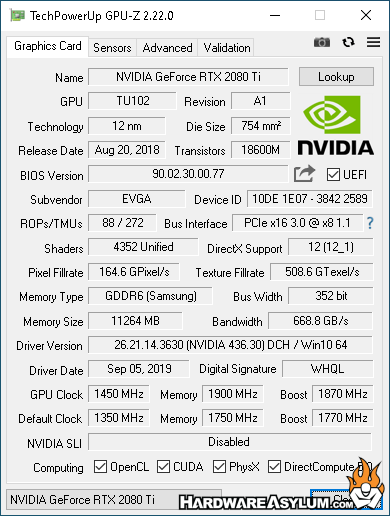 Firestrike Extreme Stress Test with 10 loops was used to simulated a repeated load condition and temperatures were recorded using EVGA Precision X1 with thermal data written to a file.

Ambient temperature was 24c and was maintained throughout the testing process. 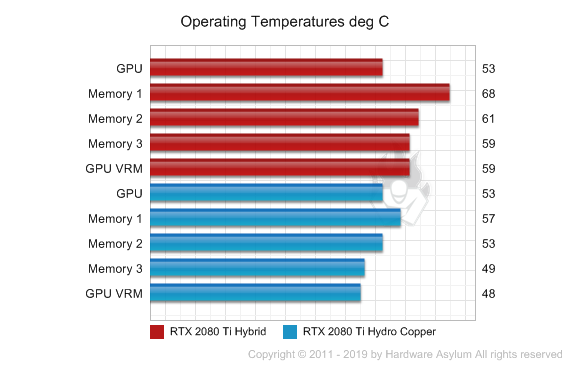 For this next test the video card speed was cranked up to 2.1Ghz and the test was re-run. 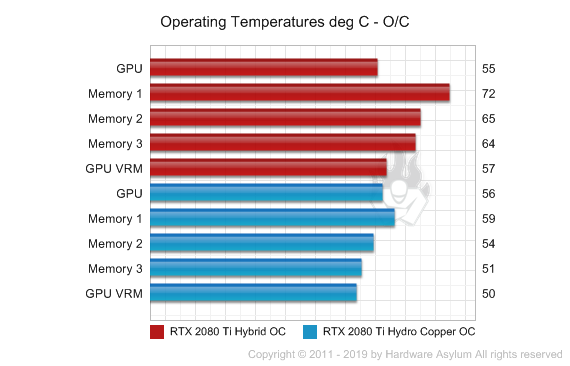 The two temperature charts look very similar.  With the Hybrid cooling solution overall GPU temperature was lower and this is to be expected considering that the AIO  was only cooling the GPU and putting less load on the radiator.

Memory and VRM temperatures were considerably higher with the Hybrid solution given that passive heatsinks are not as efficient.

Switching over to the Hydro Copper block you’ll see that we still have spikes with the memory temperature however the entire card is much cooler thanks in part to the entire card being cooled instead of just the GPU.  The temperature delta between the Default and OC tests was also less with the Hydro Copper card, again because the only watercooled part of the card was the GPU.