Upgrade Your Laptop the Right Way

Just about every portable computer has the option to upgrade the memory however, with the push to make smaller and lighter devices many hardware makers will often surface mount the components and remove the option to upgrade.  This saves space and to make the PCB more compact.

So, how do you know if your laptop can be upgraded?  Well, two ways to tell.  The first is to read the manual (duh) or you can simply flip your laptop over and remove the access panel.  If your laptop doesn't have a removable panel then it likely cannot be upgraded.

The laptop featured in this article is a HP Probook 450 G5.  It is a basic 15” machine that was designed for business users.  It was available in a variety of different configurations based on what the customer wanted and mine was a base model featuring a small 256GB NVMe SSD and only 8GB of memory. 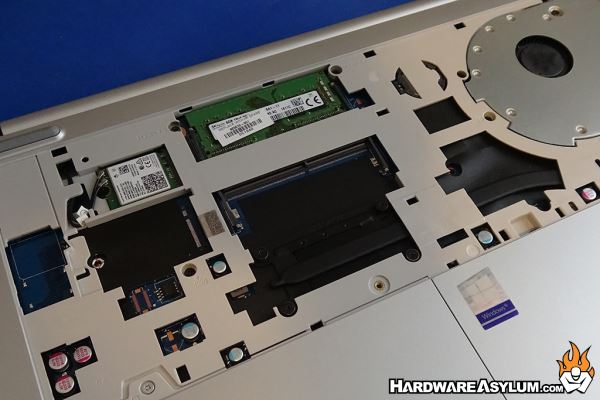 As you can see with the access panel removed you will find a single SODIMM memory module and an open slot for a second.  As you would suspect this laptop has been running in single channel mode this whole time.

Installing and removing SODIMM memory is extremely easy.  At each side of the memory socket you’ll find a spring style metal clip. 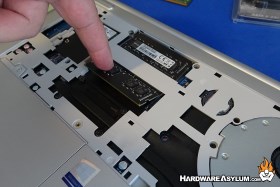 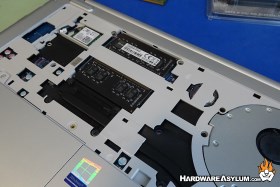 To remove the SODIMM module, slide the metal clips away from the module at the same time and the module will pop up.

To install the SODIMM module, line up the notch with the gap in the memory socket and install the module at roughly 45 degrees sliding it into the socket.  Then, with a single finger, press the module down.  This will clip the module in place and make a very satisfying click.

Laptops and other portable computers using mobile hardware are designed to be power efficient and thermally responsible.  These processors can boost for short periods of time to help take the edge off but will quickly throttle down to save the battery.  Some systems won’t even enable the boost option unless you are plugged in so keep that in mind.

From a hardware standpoint most portable computers are also limited in hardware support.  My Kaby Lake enabled Probook 450 G5 has a memory controller that supports 2400Mhz memory modules.  There is no option to enable XMP and no indication that it is supported by default.  In an attempt to make the laptop affordable and 100% stable HP removed all of the variables and, in the big picture that isn't a bad thing.

Despite this we still have a way to increase memory performance and that is by adding more memory.  Applications will run smoother, files will load faster and if you add "matched" modules you can enable your system to efficiently use the dual channel memory support.

Of course, here is where many users (read: most everyone) and IT professionals (again: most all of them) will go wrong.  As I mentioned my system came with 8GB of memory from the factory.  If I add a 32GB module I'll have a total of 40GB, this is a perfectly valid and actually works.

Thing is the system will struggle with the memory size mismatch.  Some apps will be faster while others will be slower and overall this is generally accepted as a bad thing.  This is why when you buy desktop memory you typically get two module kits and you are expected to install both modules at the same time.  With portable computers if you have a single 8GB module installed the smart thing is to add another 8GB module.  If you happen to need more than 16GB of memory then you will need to buy two modules and replace what is existing.

That is the most efficient option and will give you the highest performance.