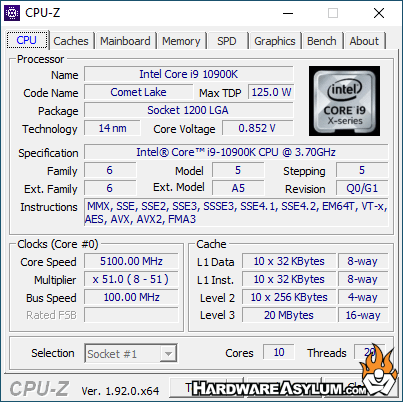 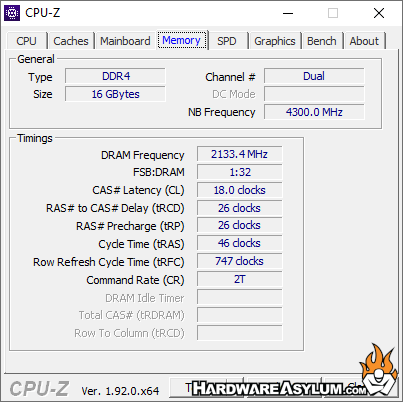 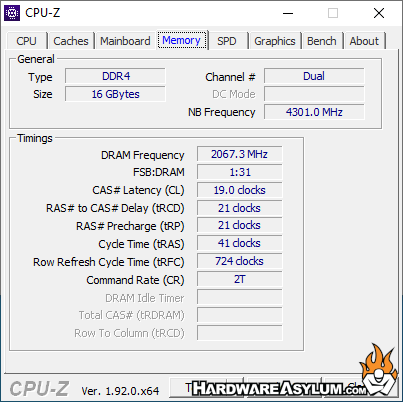 Sandra is a software collection of synthetic benchmarks that will give us a basic idea as to what a system is capable of. It should be noted that SiSoft numbers change depending on what hardware is being tested.  These were recorded using Sandra Professional Version 30.29.2020.5 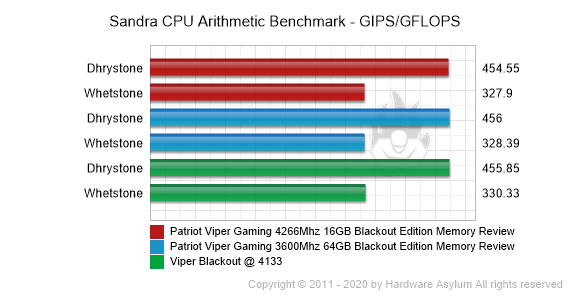 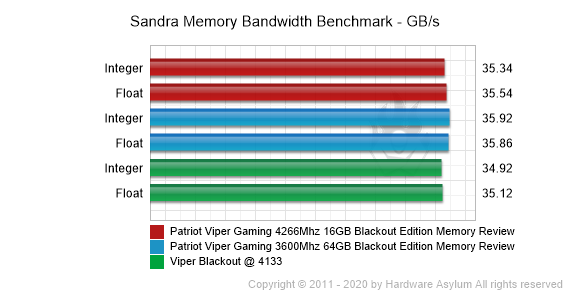 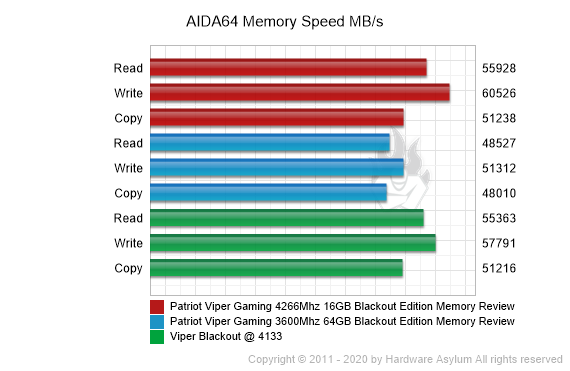 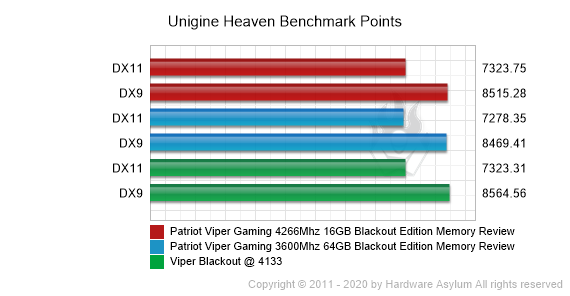 When you are dealing with performance memory modules you basically have two modes to choose from.  You have the JEDEC mode which is the default and you get without any BIOS modifications and will offer stable operation but not much in the way of performance.

Enabling XMP is by far the fastest way to increase system performance and was the basis of this review.  To give these numbers some context I ran the 16GB modules in both XMP profiles against the 64GB 3600Mhz kit.  While the overall major difference is frequency it would seem that total capacity helped in a few of the real world benchmarks.

As they say in the automotive world, there is no replacement for displacement.  In the computer world this translates to the performance gained from having faster memory despite the processor and subsystem remaining the same.  As expected the gains are somewhat small.  You can clearly see the latency penalty associated with higher density modules and the performance gain you can expect in games.

While on paper and in synthetic form the 4266Mhz modules clearly come out on top but, it is interesting to see how subtimings can often make a slower frequency be more efficient.