Crysis is based in a fictional future where an ancient alien spacecraft has been discovered beneath the Earth on an island near the coast of China.  Crysis uses Microsoft's new DirectX 10 for graphics rendering, and includes the same editor that was used by Crytek to create the game.  Consider it the pretty version of Far Cry 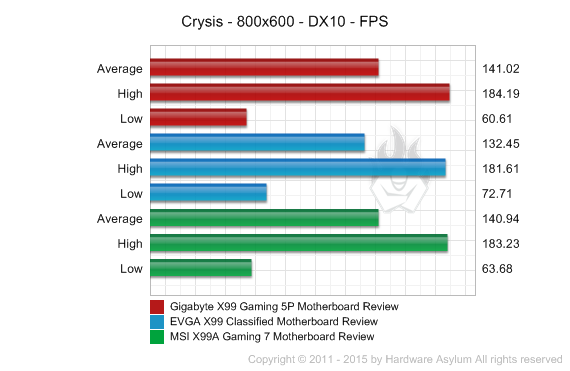 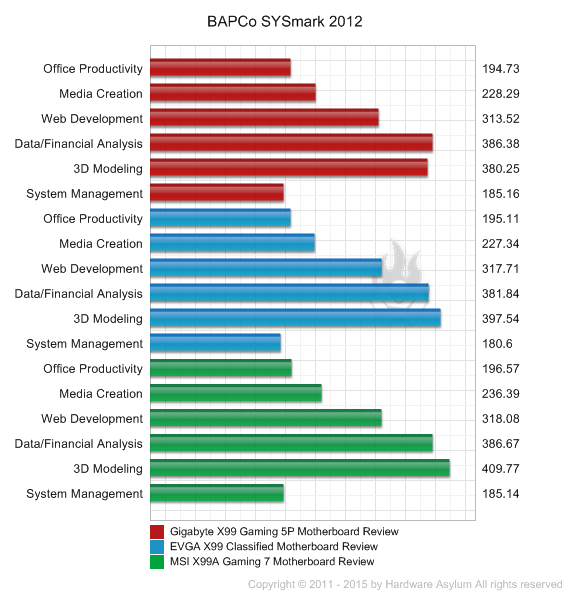 It should be noted that DirectX 11 is not represented in our motherboard reviews because the results are almost purely based on the video card and has very little to do with motherboard performance.  Likewise the benchmarks we have chosen respond well to minor changes in memory bandwidth and tend to show how efficient the system configuration is.  Of these we tend to trust the BAPCo Sysmark numbers the most due to the type of benchmark it is followed by the Futuremark tests.

When we test our systems we do so with the default and auto assigned settings in place so to represent un-turned and out of box performance.  (read: default user setups).  Your performance may vary depending on the time you spent tuning your hardware.  As the charts show the Gigabyte X99 Gaming 5P didn’t win any metals in our benchmarking suite but was basically playing in the “variance” range which mimicked what we saw in the Synthetic tests.