As with all of our reviews, we pit the default speed system against the overclocked one in a head-to-head byte match.  The effective overclock for these tests is divided up into two sections.

CPUz shows the second of these.

To help us with this overclock we dusted off the Single Stage Phase Chiller and dropped the CPU temp down to around -30c given or take 20c depending on load.  The goal was to hit 5Ghz, which was possiable however, the heat generated during the Sandra benchmark would cause the Phase to collapse and crash the system.  Lowering the overclock down to 4.8Ghz @ 1.45v dropped the heat ceiling and allowed the benchmark to finish.  All of these tests were done on the Phase Chiller and remained stable throughout the benchmark session. 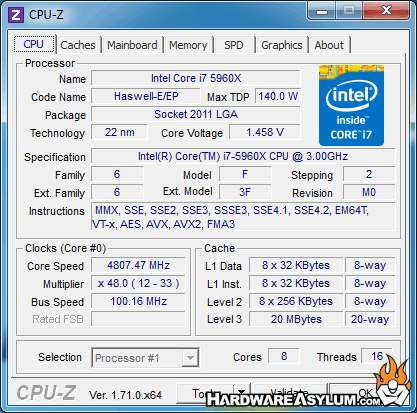 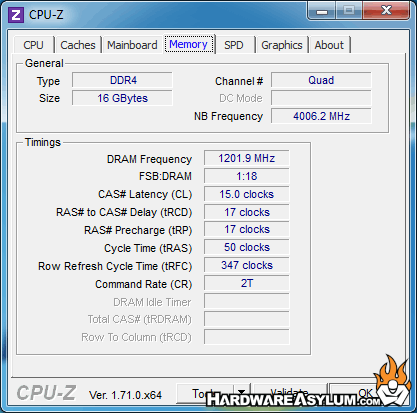 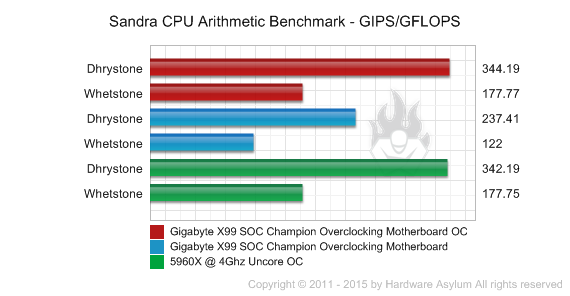 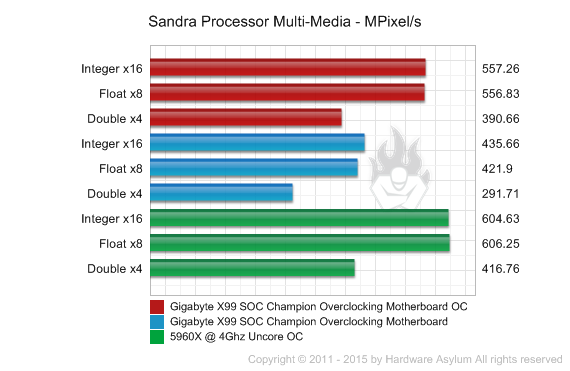 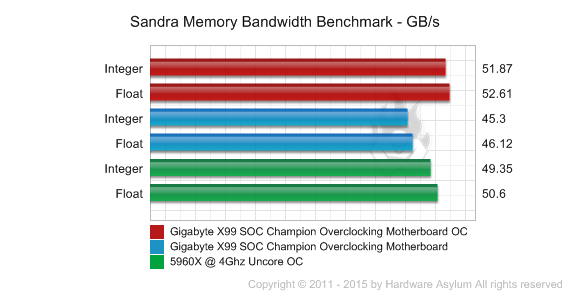 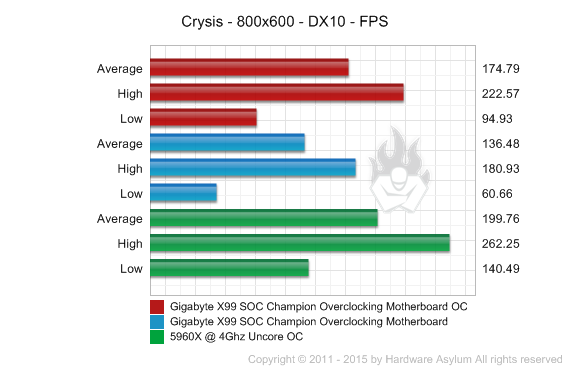 Overclocking the Haswell-E is similar to overclocking a standard Haswell.  All of the same controls are available and they all operate the same way.  The notable difference is heat production and is why proper cooling is important.  Given that the TDP of the Core i7 5960X is 140w you will need a cooler that can dissipate 250+ Watts if you want to maintain reasonable temperatures.

For our tests we used a Single Stage Phase Chiller to cool the processor and attain the 4.8Ghz overclock.  As we mentioned earlier the goal was to hit 5Ghz and while we did hit that goal our cooling method couldn’t keep the system stable enough to complete the benchmark suite.

It looks like LN2 might be needed to go further and we’ll save that for another article. 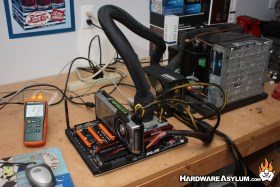 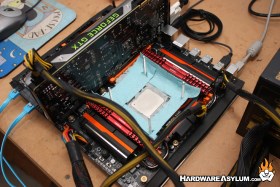 We discovered a number of things during this overclocking session.  First the Gigabyte X99 SOC Champion is amazing at Uncore overclocking and allowed us to hit 4Ghz with very little effort.  Of course the OC Mode switch helped along with a good amount of Ring and Agent voltage.  When this switch is enabled you will notice six more voltage settings in the BIOS dedicated to stabilizing the Uncore.

We also discovered that when the Uncore is overclocked beyond the 3Ghz (the default) the system would fail to boot unless the memory frequency was also reduced.  This is why the above scores were run at 2400Mhz instead of at the XMP rated speed of 2666Mhz.

As for overall performance, overclocking the Uncore did render the best performance and did so with less memory bandwidth and lower memory clock.  This speaks to the power of the internal memory controller (Uncore) and why it should not be ignored when turning your system for the best performance.  Of course running the same system with XMP enabled rendered similar results making the real world application of Uncore overclocking somewhat questionable,