One of the unique things in our reviews is the overclocking aspect where we pit the default speed system against the overclocked one in a head-to-head byte match.  The effective overclock for these tests is 5.2Ghz @ 52x multiplier and 100 BLCK.  The CPU will clock up to 4.7Ghz on air without much more than a voltage bump so it was time to push things a little and go cold.

I did mess with the BCLK overclocking to try out the enhanced BCLK chip that Gigabyte is using.  The controller does allow 1Mhz increments and my processor didn’t respond well to BLCK adjustments up to about 130Mhz BCLK.  Much to my surprise all of the onboard features still worked however I did run into random corruption on my SSD indicating the controller was getting too far out of frequency. 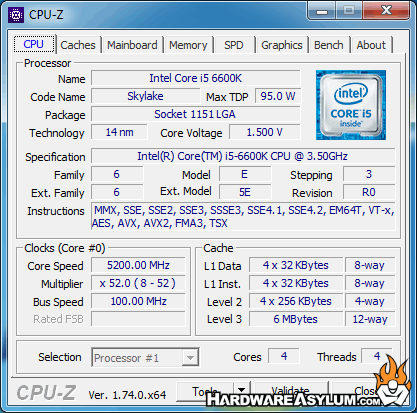 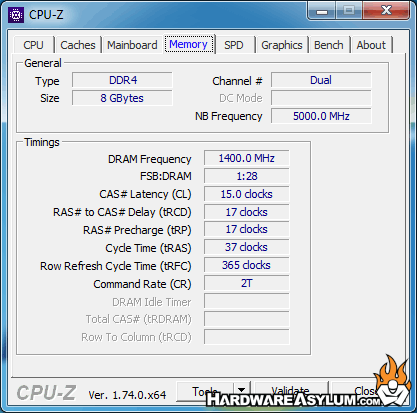 When overclocking it is important to find a "sweet spot" where the performance curve tops out and still remains stable with a reasonable amount of heat production.  For this test I didn’t pay much attention to heat output but rather stability with the least amount of CPU voltage.  Of course when you get into doing extreme overclocking you’ll find that the Voltage/Frequency curve tends to climb in a logarithmic scale and it starts around 5Ghz on the Core i5 6600k so "least amount of voltage" is a bit of a misnomer.

The reason for going cold is twofold.  First is related to issues with the TIM under the heatspreader which doesn’t always transfer heat the why you would expect.  As a result the CPU die always reads hotter than it should.  For instance the heatspreader might read -36c while the CPU is cooking at +30c.

Second, CPUs and GPUs tend to run more efficient when they are cold allowing you to get a few more MHz from the chip without needing any extra voltage.  Basically that logarithmic scale tends to shift to the right.  You will still need to feed it voltage to scale and are limited to how much heat you can pull from the chip. 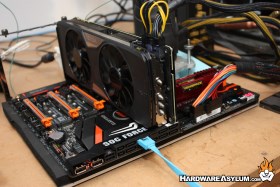 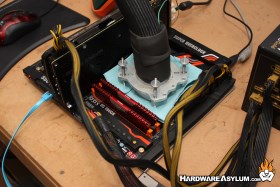 As you can see I’m using the Gigabyte OC Brace as part of the Single Stage Phase Setup and works nicely on my benching platform.

Overclocking the Gigabyte Z170X SOC Force was pretty straight forward and can be done in a variety of ways.  For those familiar with the Gigabyte UEFI you can manually set frequencies and voltage or you can select any number of "auto up" options that will automagically overclock your system  The important thing to note when overclocking Skylake s to "know your processor" which is code for, take it slow and map out what you need to adjust to attain the different frequencies.

For these tests I pushed the processor up to 5.2Ghz and was very impressed with how well the system ran while being cold.  After some trial and error I discovered that the CPU would run up to 5.4Ghz but wasn’t stable enough to run the entire benchmarking suite so the speed was backed down.

I’ll have to try some LN2 next and see if I can get to the magical 6Ghz club.