As they say a motherboard is only as good as the software designed to run it and drivers play a huge part in that.  The Rightmark tests in this (and my other reviews) directly test how good the drivers work against the way the sound system was built.  A company may advertise one value but if the drivers aren’t configured correctly OR the reviewer doesn’t test the system the right way the results are never good.

This can also be said for the software that runs and configures the motherboard.

For YEARS Gigabyte as the name when it came to saving users from BIOS abuse and while there was only one BIOS that you could interact with the firmware image was duplicated across two chips.  So, if there was a failure the system would detect this and give you the option to copy a fresh image or flash a new one.  That way you were never without your system. 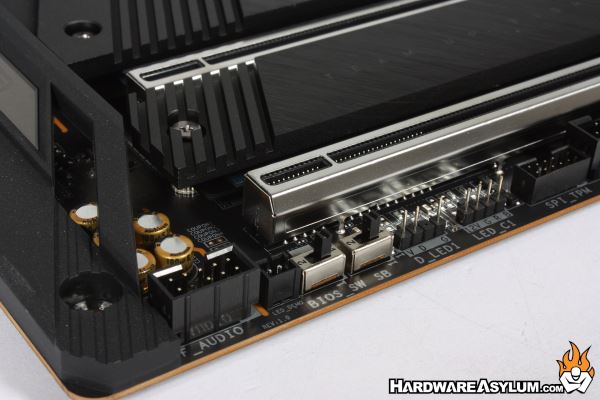 The two switches here allow you to configure how the two BIOS chips are used.  By default they are set to single BIOS mode which is the traditional image with a live backup.  Many overclockers like to experiment with BETA firmware images and by switching to dual mode you can flash a separate image to the secondary bios and flip between them.  This is a great option and still gives you a backup plan for when the BIOS firmware goes tits up.

As a skilled and experienced overclocker I prefer to make my system changes in the BIOS.  I find that it can provide me with the most stable configuration with a few safety measures in place.  However, that is not the only way to tweak things an in fact you can often push your system harder when using software.  The way this works is you set a safe overclock in the BIOS then boot to Windows. 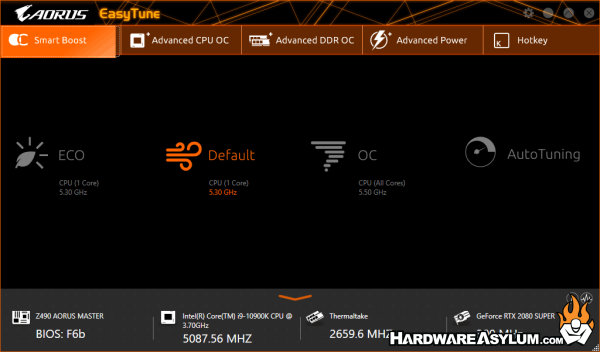 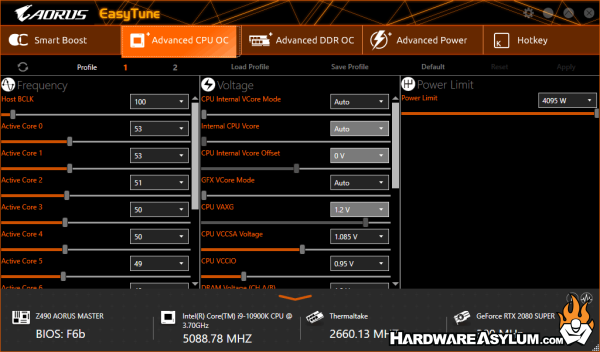 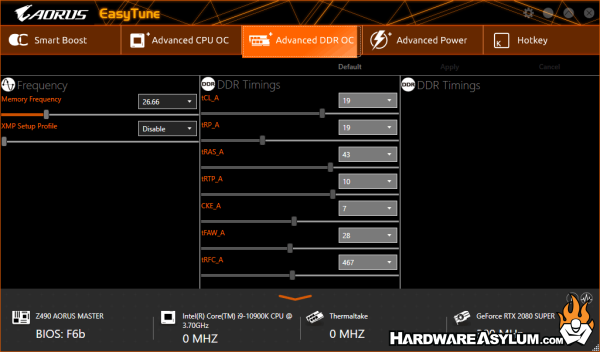 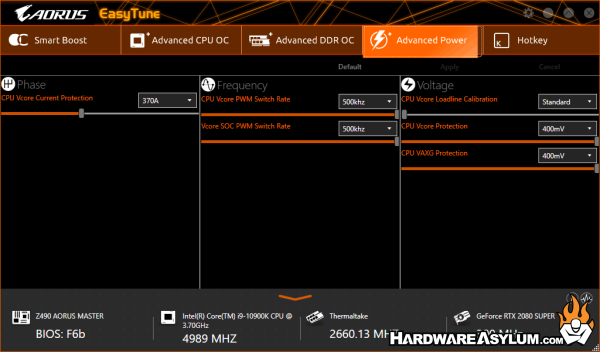 From Windows you open EZ-Tune and start moving the sliders and with luck you’ll find a few extra MegaHurtz that would have prevented the system from booting.  Of course the danger is your system will not be as stable AND it is best used in conjunction with Extreme cooling.

However, casual overclockers can use software too and some find it easier to use than rooting around in the UEFI.  Plus, if the system crashes everything resets to default.  Keep in mind that sometimes the “auto” overclocking will not work and is where you need to split the difference.

RGB is everywhere and there is nothing worse than getting stuck with bad RGB patterns.  RGB Fusion is well supported by almost every component maker and works very well out of the box.

The only issue I had was a lack of “patterns”  It seems that the default software only featured RGB patterns with a distinct lack of Addressable RGB patterns despite having those headers on the motherboard. 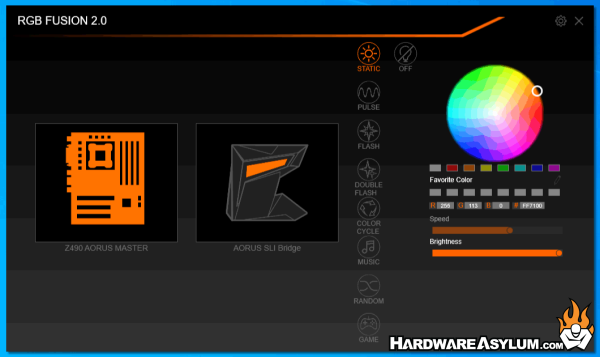 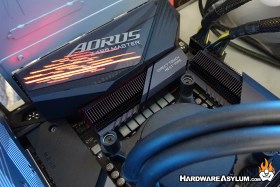 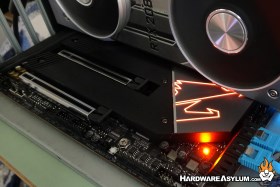 Despite this the onboard lights are spot on and look amazing in default form.  You'll find a lighted Aorus eagle head found on chipset heatsink and a nice tiled pattern over the I/O cover.