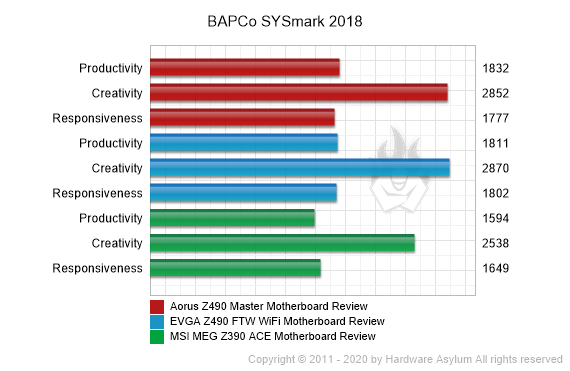 I added a new benchmark to the suite (common thread if you have been reading some of my past reviews) BAPCo SYSmark 25.  This is a new version of SYSmark with a few tweaked benchmarks to better represent modern computer workloads.  It is important to note that benchmarks are only as good as their source AND can only be compared when used in context.  So while I might use UT3 to test a motherboard I do so to compare the current system against others using the same workload.