The first thing you will notice about the TRX40 Creator is the size of the motherboard.  This is a full Extended ATX board with a little added for good measure.  Most of the added real estate is to accommodate the large Threadripper CPU and eight memory sockets with the rest dedicated to the multitude of PCI Express lanes the CPU and PCM support.

Other than the size, the board is pretty typical including the heatpipe array of heatsinks, cooler over the chipset and a familiar placement of components down to the VRM at the top. 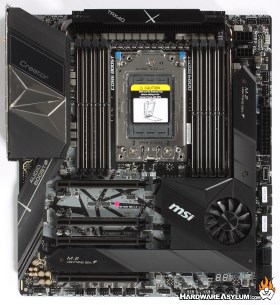 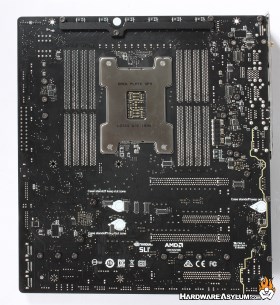 Looking at the back of the motherboard we can get an indication as to how the motherboard is constructed, most notability, how the PCI Express slots are wired.  From this we can usually determine which slots are primary and secondary in terms of bandwidth and just how complex it is to build a large motherboard like this.

There are a multitude of components surface mounted to the back of the board, full and half (ly) wired PCI Express slots along with a huge backplate for the Threadripper socket. 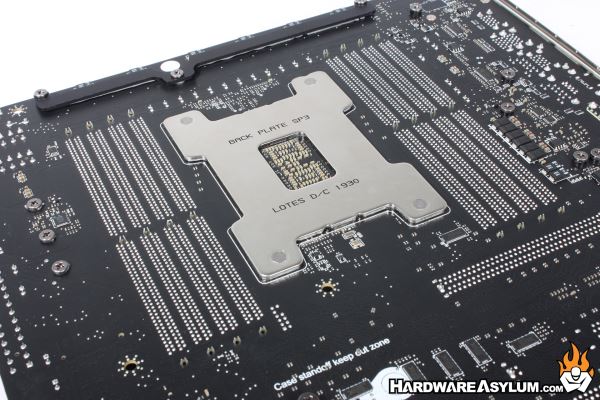 I especially like the warning messages to keep case standoffs out of the middle region that are intended to prevent any accidental shorts.  This brings up a VERY good point that you should only install standoffs where there is a hole on the motherboard.  #goodadvice

Looking around the CPU socket you will find what appears to be a 16 phase power supply and overall the CPU area is very clean with some well designed coolers to ensure that the VRM is kept chill.  Given the construction of the Threadripper CPU you can expect that most users will want to maximize its potential and with a 280w TDP it will be drawing a huge amount of power though the VRM. 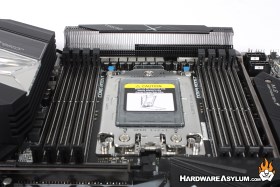 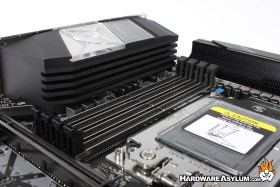 The VRM heatsink is heatpipe connected to a larger heatsink connected to the I/O.  The primary cooling will happen above the VRM however, for heatpipes to be effective they need somewhere to store excess heat and this is the location. 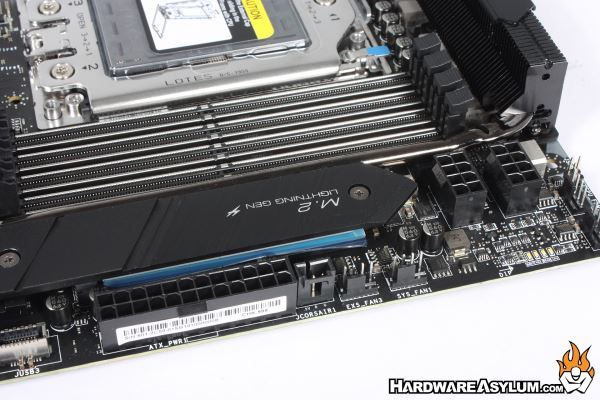 Power connections for the main and CPU are both located along the right side of the motherboard making them extremely accessible and easy to route.