I have been a fan of the Super X-Fi DSP since we first experienced it at CES in 2019.  I still swear by my Super X-Fi headphone amp and use it all the time so I was excited to see what a gamer specific focus would bring and if there were any differences. 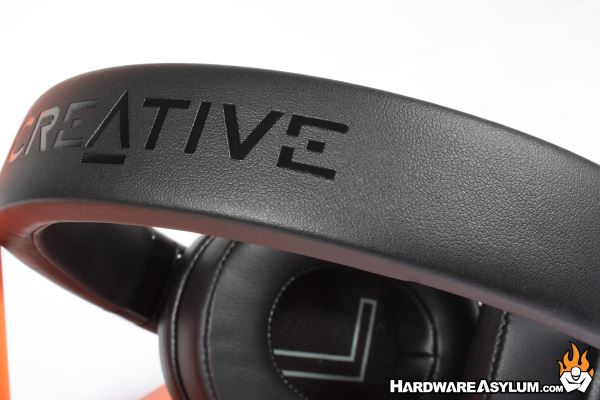 For testing the SXFI Gamers I ran though my normal list of FLAC music to get a baseline on frequency response and comparison against some of my other gaming headsets, most specifically my Sennheiser PC363D.  After that I used them exclusively for a week of regular gaming that included a wide range of games and audio testing.

For gaming I used the recommended Battle Mode settings. As expected they sounded tuned to competitive FPS gaming. With processing set to SXFI Game the directional sound was very crisp and accurate. More surprising was just how good the distance estimation became. I could clearly hear little details like approaching footsteps and reloads in Battlefield 5 to the point where some folks suggested II might be cheating! When SXFI was disabled sound was still good though felt flat and/or muted and the special recognition was almost gone.

Using SXFI Game mode is almost too good to be true though can vary depending on the game.  For instance SFXI made less of an impact in 7 Days to Die but the audio still felt cleaner than my beloved Senns .  Obviously your mileage may vary based on your game of choice but if your game supports surround sound, the SXFI Gamers will elevate your game!

For audio testing I used my typical set of audiophile FLACs to test clarity and sound stage. In all cases I used SXFI audio processing on the SXFI profile. Turning off and on the process really showcased how the DSP expanded the audio sound stage.  In music I found the processing brought greater clarity and openness to the sound stage.  The sound did feel a bit more clinical or crisp than the more velvety sound of my favorite Beyerdynamic cans. Perhaps punchy is a good description, but not bad at all, best suited to faster or electronic music for me.

MIC quality was so good my clan mates commented on the clarity comparing it to my PC 363D headset.  I didn’t find a large change when applying voice effects but the noise cancelling was pretty awesome and tested in both Discord and Team Speak without any issues.

With a Gamer tag the Creative SXFI Gamer headphones are clearly targeted at gamers and the eSports crowd and that is where they excelled while besting headphones with over twice the cost.  Adding in the SXFI customized profiles will really elevate your gaming experience to a new level. There is no doubt when your SXFI profile is in place there is a clear advantage when playing games where positioning is critical.

It is important to remember that Super X-Fi is an audio processor that expands the sound stage by using your physical profile and tuning the audio output to make it sound like you are surrounded by speakers instead the two 50mm drivers found in the headset.

Overall the comfort level is the best I have experienced and after three long days of gaming I was not fatigued and at one point didn't realize I was wearing them.  In terms of sound quality, they are nearly on par with my wired HD6xx headset and for gaming sound quality they are far more accurate.

I hate to say it but the SXFI Gamer headset will definitely be my goto gaming headset!