Lexar sent over two products for this review.  The first is the memory card with a 256GB capacity and comes with a microSD to SD adaptor.  This allows the card to be used in more devices giving you more flexibility. 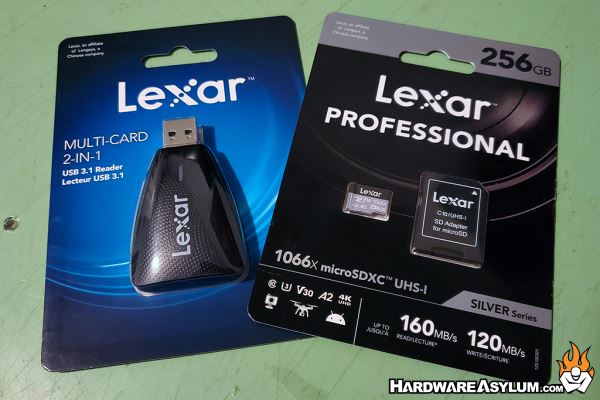 The second item is their 2 in 1 Multi Card reader.  This is a USB 3.1 compliant card reader that will read both SD and microSD memory cards while offering USB 3.1 compatibility and transfer speeds. 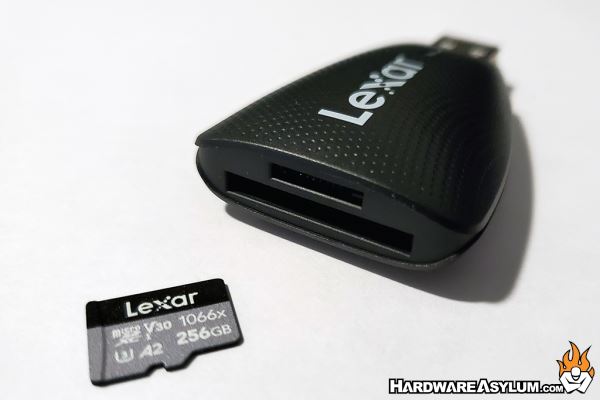 One thing I like about the card reader is that it supports both SD card types at the same time.  Larger SD cards will be a friction fit and slide into the larger slot at the bottom.  For microSD cards they will click in allowing the card to be locked into place and thus preventing them from being lost or suffering a misalignment. 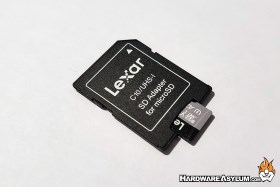 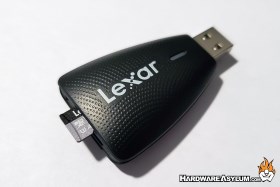 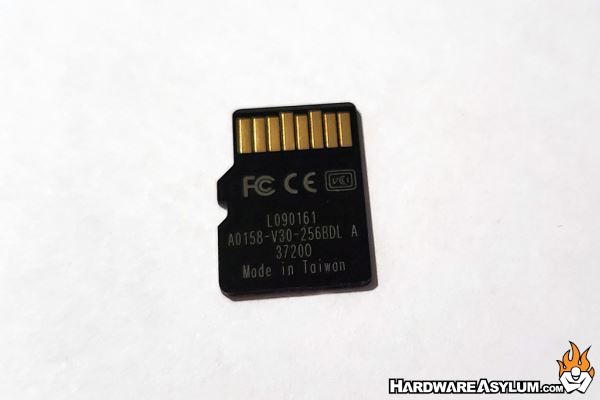 Using the SD card adaptor is pretty straight forward.  Simply align the card at the top of the adaptor and slide it into place.  Both card types feature 8 data fingers and the adaptor in this case just expands them to fit the larger form factor.

What do the SD Card Specifications Mean?

To make a little sense from the numbers and how seemingly similar cards can have very different performance results I have setup a series of benchmarks to explore the speeds of these cards and what gives the Lexar Professional 1066x Silver Series card a best-in-class performance advantage over the competition.

Capacity
As you can imagine capacity is capacity.  These are flash cards and while more memory is typically better it depends on the usage.  Some high-speed SD cards are capacity limited to ensure that the highest speeds can be maintained while some lower end cards actually get faster when more storage is added.  With our Lexar Professional microSD card the write speed increases on larger cards which could indicate that the controller is parallel writing to multiple chips that aren’t present on smaller cards.

Pro Tip: Buy the capacity you “need” but check the specs if you are wanting the best performance.

Bus
The Bus speed is the speed classification of a memory card and most modern cards are UHS (Ultra High Speed) rated.  UHS-I, UHS-II and UHS-III set theoretical maximum transfer rates for that type of card and often have to change the form factor to accommodate the speed increases.   The Lexar Professional cards feature a UHS-1 Bus but transfer more at UHS-II speeds

Pro Tip: most cards you will see in stores are UHS-I

Class
The Speed Class rating indicate the respective number of megabytes per second the card can write at a minimum.  The trick here is that the card must be in a fragmented state with lots of large files broken up into smaller chunks and scattered around the card (worse case scenario).  The only time this really becomes a concern is when you use the card for long term storage or as application storage such as in a mobile device, Rasberry Pi, etc)  When combined with the UHS Bus the Speed Class starts at 10 MB/s with the notion of 1U and going up to 3U for 30 MB/s  You can also sometimes see a C10 on UHS cards as that number is also correct but not completely accurate.

Pro Tip: Make sure you have 3U if you want to save 4k Video

Video Speed Class
In addition to the wide range of speed classes there is a Video Speed Class indicated with a V followed by a number.  V6 is a Class 6 card and equal to a C6, V10 is a 1U Class card while a V30 is a 3U card.

Pro Tip: If you really want fast video storage look for a V60 or V90 card, these extend beyond the 3U UHS speed rating and don’t really have a Speed Class.

Pro Tip: not many cards are A1 or A2 rated and A2 cards require special host driver support to operate correctly.

On to some benchmarks