Overclocking the Pascal GPU can be a frustrating process with some very surprising results.  On the surface the GPU looks to accept additional clocks extremely well until you realize that your manual baseclock might be well within the Boost 3.0 range.  Ideally the card should run at that frequency until you realize that the Boost clock has also scaled and may be outside of the operating range and be rather unpredictable.

When I say “operating range” I mean the allowable frequency.  You see, Pascal has a "hard lock" inside the chip and if you have a good one you might run around 2100Mhz and a bad one may top out at 1900Mhz.  This can be found on every Pascal chip from a GTX 1050 all the way up to a GTX 1080 Ti.

To attain this overclock I fired up EVGA PrecisionX and started cranking up the frequency numbers.  The limit of this particular card is around 2050Mhz and would run stable provided it ran slower than that.  The thing to keep in mind is that Boost 3.0 is always in flux so as you might try to reach a certain number the Boost calculation can easily go over the core limit and cause the driver to crash 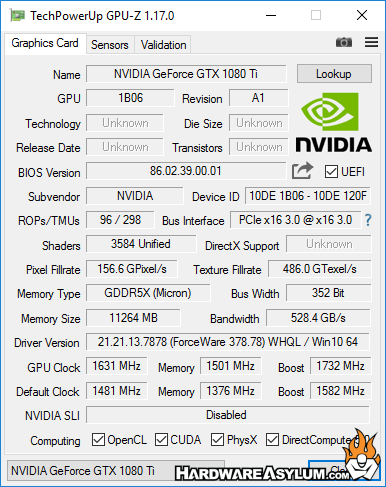 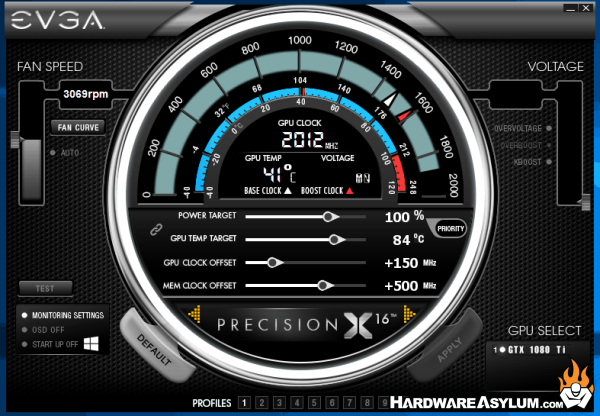 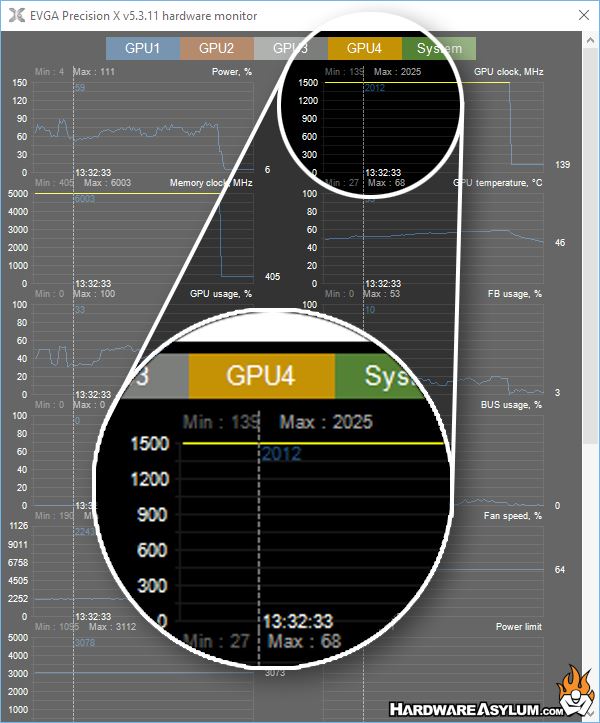 Despite the rather impressive overclock there is very little gain when looking at the gaming benchmark results (Hitman 2016).  This can be attributed to a couple of factors.  The first is NVIDIA Boost 3.0 and the fact that this card was boosting up to 1873Mhz on stock clocks helped close the gap.  Raising those clocks 150Mhz should have shown a higher gain however, the speed difference wasn’t much compared to the base clock.

Also despite my clock settings being configured for 2012Mhz the NVIDIA Boost 3.0 controls everything about the card including how much boost it really wants to run.  Under most situations my 2012Mhz would sometimes scale down to 1800Mhz which attributes to a lower than expected score.

The only consistent performance gain was a memory overclock which did more to increase performance than anything else.  It helps DX12 titles and is the one factor that enables the card to be faster than a Titan X Pascal in most situations despite having a trimmed down GPU core.