Removing the cooling solution from a NVIDIA GTX 1080 Ti is a fairly lengthy process and involves first removing the two backplate panels.  Doing this will expose another set of hex head screws which attach the heat spreader to the PCB.

Once the hex head screws have been removed you can remove the four spring screws and two more on the I/O panel allowing you to lift the cooler away. 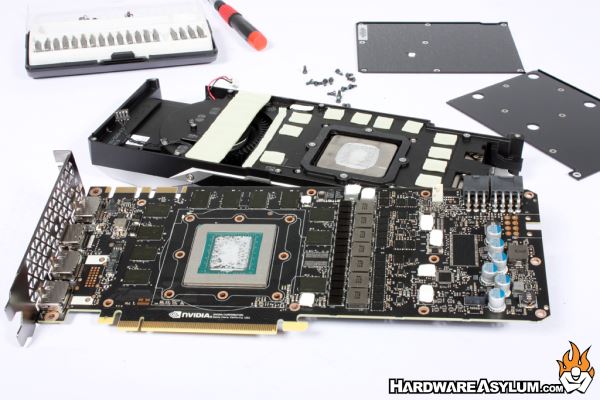 With the cooler removed you can get an idea as to how the card is configured and for the most part it looks like any other NVIDIA designed reference card down to the VRM used to power the card.

The Founders Edition heatsink is a very special design that features a floating vapor chamber for GPU cooling.  Four spring screws hold this portion of the heatsink to the GPU while all of the additional screws are used to fasten the heatspreader to the memory and VRM.

Of course thermal pads are used to make the thermal connection while traditional paste is used on the GPU. 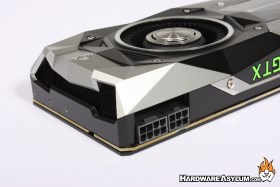 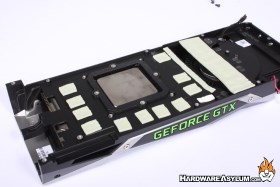 Powering the card is a 7-phase 2x dual-FET power design capable of supplying up to 250 amps of power to the GPU.  An easy way to know how many power phases are present you simply need to count the chokes, or in this case the grey squares.  The actual FET module is located to the right while the black squares to the left are capacitors used to even out power delivery.

For power you will need single 8-pin and 6-pin PCI Express power cable which is likely to be increased to dual 8-pin connections on custom boards for that extra overclocking. 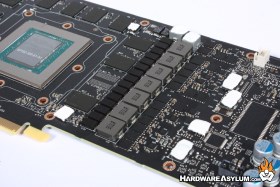 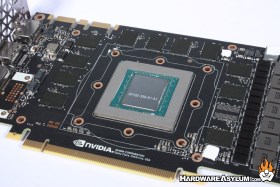 GTX 1080 Ti comes with 11GB of GDDR5X memory running at 11Gbps. (look at al those 1's)  This is a key feature because it is feature that makes the GTX 1080 Ti faster than the Titan X Pascal in most situations.  Of course some of that could be attributed to a faster memory clock along with some refinements to the data channel using advanced equalization techniques to reduce adverse effects of the physical interface.

As I had mentioned before the GTX 1080 Ti features a 354 Bit wide memory bus which was necessary for the card to handle the “odd” 11GB of frame buffer.  If you look closely you can even see where the missing memory module should have been.