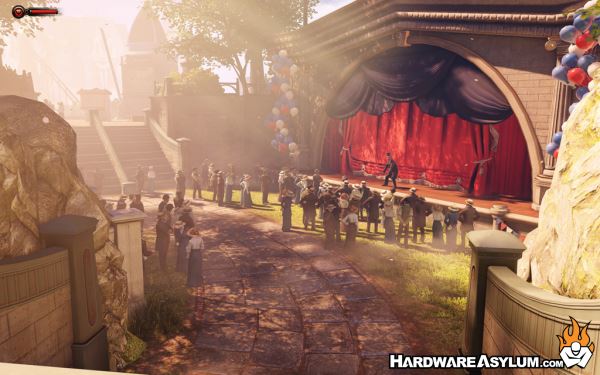 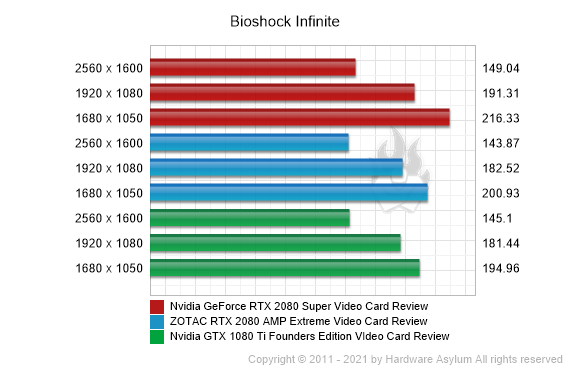 Bioshock is a fun benchmark and is something anyone can run if they have the Steam version of the game installed.  It is actually a very good benchmark and will give you a CSV report on how your hardware did with every scene.  Here we have the mighty RTX back on top with GTX 1080 Ti rolling up close.

I keep bringing up DX11 performance and here is an example where the game is old enough that nobody messed with it.  2080 Super sits atop the charts with the 1080 Ti at the bottom.  In a way this is how I would have expected all of the benchmarks to play out.