For those of you who listen to the Hardware Asylum Podcast you’ll know that I was rather critical of NVIDIA releasing the Ti edition video cards at the same time as the regular ones.  It just seemed odd and completely different from what they have done in the past.  For instance with the 9 and 10 Series launches we got regular cards one year and Ti edition cards the following.  Overall this really helped sales in that you could get early adopters getting cards early followed by enthusiasts getting the Ti editions for the extra frames.

However with the 20 Series launch we saw the RTX 2080 Ti launch along with everything else and made you wonder if there was a future for RTX or if the entire product line was a throw away.

In this review we will be looking at the new GeForce RTX 2080 Super.  By the time you are reading this both the 2060 Super and 2070 Super have already been released with the promise that they are a performance upgrade over the previous edition, in a way giving us the 60-series and 70-series Ti editions we were expecting. 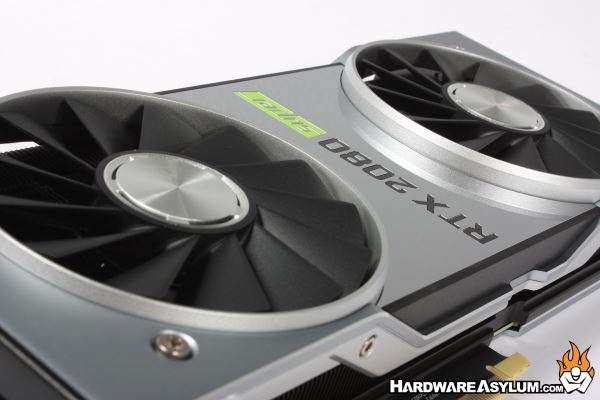 The RTX 2080 Super is a little different.  This card is a full out replacement for the 2080 with more SM, more CUDA cores, higher clock speed, more texture units and more memory bandwidth.  NVIDIA claims it is faster than the Pascal based Titan Xp and costs less than the previous RTX 2080 by $100 USD.  Combine that with what makes the RTX special and you have a very tasty combination.

Thing is, this is NVIDIA we are talking about.  They control the frequency from the factory so saying that their card is overclocked is really dancing around the issue.  Sure it might have been overclocked from the initial performance target but once the GPU leaves the factory “that” is the clock speed.  Now EVGA or ZOTAC saying their cards are overclocked is a different story since they are starting from a single point and adding their own tweaks.

Either way this card is “Super” fast and while the RTX 2080 Ti is still faster the performance gap is getting smaller and offering consumers a less expensive route to jump on the RTX bandwagon.