Removing the cooling solution from a NVIDIA RTX 2080 Super is a very lengthy process and requires some extremely small Philips head screwdrivers.  First you’ll want to remove the backplate finding all the super small screws and removing them.

Next you’ll want to remove the I/O cover careful to keep track of which holes have the smaller screws.  After that take a socket and remove the additional bolts that the backplate was connected two and finally the four spring screws around the GPU.

After that you can carefully peel the PCB from the cooler exposing all the juicy goodness. 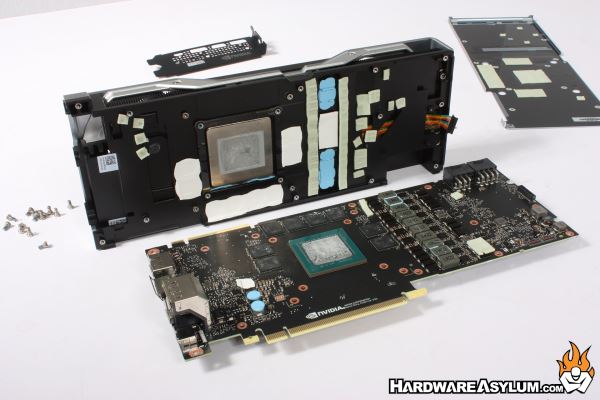 With the cooler removed you can get an idea as to how the card is configured and for the most part it looks like any other NVIDIA designed reference card.  I would like to point out the size of the stock VRM as it now features 10 power phases and that the shunt used to control the power limit is missing.  It would seem that NVIDIA is super serious about keeping people from overclocking their video cards despite saying that the previous RTX 2080 was overclocked from the factory and that the boost levels already swing the GPU clock 300Mhz+ 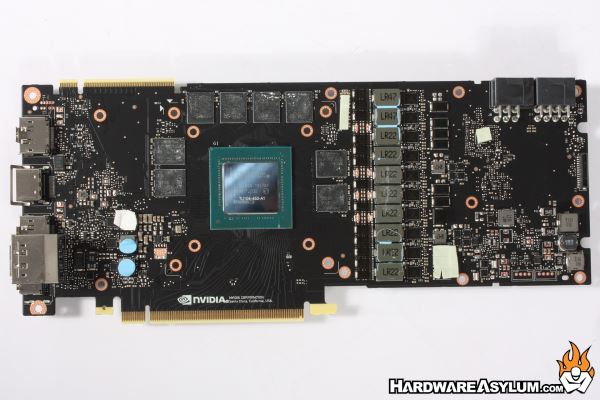 The RTX 2080 Super heatsink is similar to previous editions with the GPU having its own cold plate while memory and VRM are cooled by the large heatspreader. I suspect there is still a floating vapor chamber in there along with a couple of heatpipes to ensure that the heatsink is evenly cooled under load. 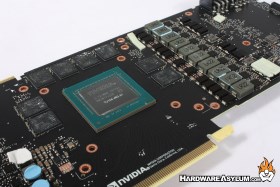 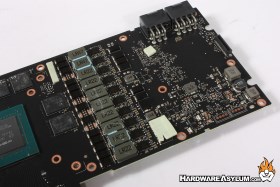 One of the upgraded features found on the RTX 2080 Super is increased memory bandwidth.  The card still comes with 8GB of GDDR6 with a memory clock of 7751Mhz for a data rate of 15.5Gbps.  The interface is still 256-bits wide with a total memory bandwidth of 496.1 GB/s

For those of you who may not be aware, when running DX12 the key to higher scores is not GPU clock speed but total memory bandwidth.  Of course having more memory is better but, if you are limited on memory increasing the memory clock can get you a rather sizeable gain in performance.