Founders Edition video cards like the RTX 3080 Ti are special versions built and sold by NVIDIA.  These cards are the same as the ones you can buy from major retailers like Best Buy and can also obtained from board partners like EVGA, Gigabyte, MSI, ASUS, etc..

One of the most distinguishing features of the NVIDIA RTX 3080 Ti Founders Edition is the cooling solution.  This extremely well built cooler features dual fans and aluminum body.  Given that the actual PCB is only half the size of the cooler you can see just how large the overall heatsink is. 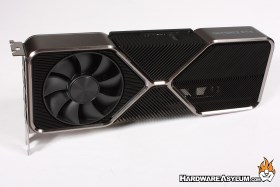 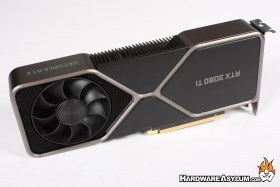 Both sides of the card are visually identical.  The cooling fan is located on the left however one is clocked to blow towards the fan motor while the other is a reverse flow.  This is to help promote better cooling through the card and also creates two completely separate cooling zones.

The fan over the GPU (nearest the IO bracket) will exhaust in three locations. 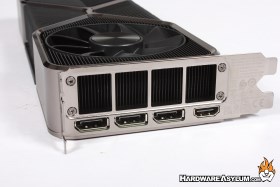 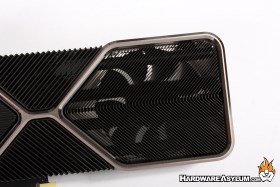 In my testing the overall cooling ability of the Founders Edition heatsink is extremely good despite many of the questionable locations for the heated exhaust air. 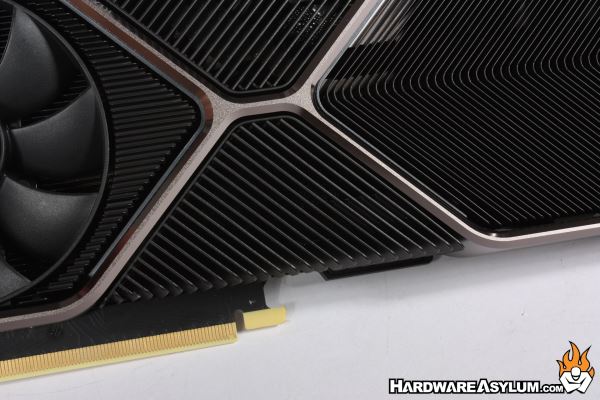 What is great about the Founders Edition heatsink is how much it doesn’t look like a heatsink.  There are fans but, every vent is hidden in shadow which not only prevents you from seeing the actual PCB but gives the cooler a stealthy look that cannot be beat.

In what I might call “the quest to apple” the founders edition card comes with a specialized and very specific power connector that takes the place of the traditional PCI Express power plugs found on most every PSU. 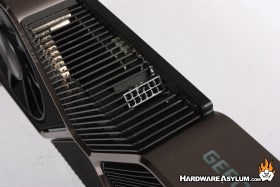 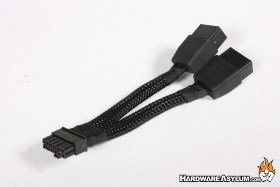 This is still an 8-Pin PCI Express power connection but has been shrunken down allowing it to be hidden in the Founder’s Edition heatsink.  NVIDIA has included a power adaptor that snaps in nicely and creates a very ugly cable situation that is next to impossible to route correctly.

Personally, I would have loved to see a single mini power plug with a single wire bundle exiting the card and running long enough to drop behind the GPU before splitting to accept the standard power connectors.