After the attack on D6, Artyom becomes disillusioned with the constant infighting and corruption within the Metro and leaves the Spartan Order. He soon becomes obsessed with proving that other human survivors exist outside of Moscow and makes numerous dangerous expeditions to the surface, much to Anna's concern and Miller's frustration. 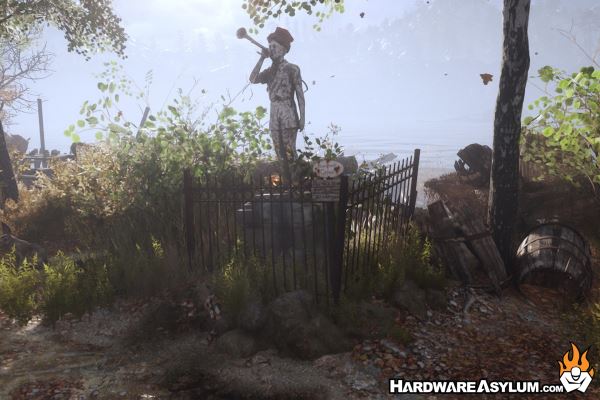 I was curious about the RTX changes in this game and had played several hours with both the RTX On and RTX Off looking to see if I could spot any major change in the game and to be honest I could not without taking a side by side screenshot and looking at the details.

The photos below are a mashup of two screenshots I took during an early mission.  We needed to find a rowboat to visit a church and this was the lake that would take you there.

On the left is with RTX Off, you can see reflections in the water along with rather sharp details on the plants and water edges.  However, if you look at the details, I have circled you will see that some of the reflections are missing and the overall lighting in the scene has changed.  None of this will change the essence of the game but does add to the overall realism. 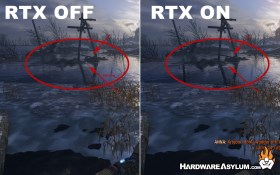 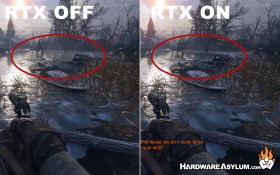 To be honest, you will 100% miss these subtle details when just casually playing the game but, you can clearly tell there is something missing when playing each chapter back-to-back.