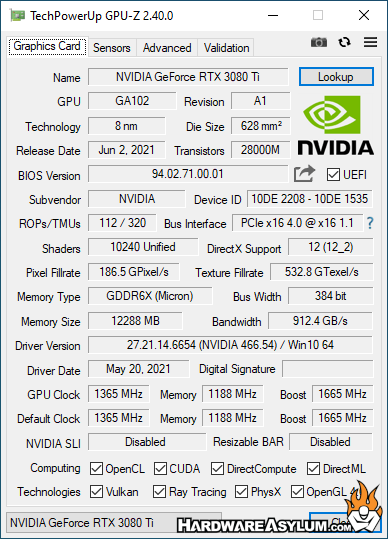 Framerates were captured using the included benchmarking software and captured game data.  The settings used for each test will be listed on the individual benchmarking page with the average framerate recorded in the charts.  When possible, only the GPU scores are recorded giving the best opportunity for repeatable results.

I also want to mention that very few of these benchmarks focus on Ray Tracing or DLSS.  Much like with PhysX it is just a technology that will only run on a certain hardware platform.  In this case Ray Tracing and DLSS will only run on RTX video cards and need to be enabled in a few select games and benchmarks to work properly.

I am a big fan of the performance gains from RTX but to be honest it is very difficult to discern an RTX feature in games.  RTX isn’t like PhysX where you could easily tell when a PhysX feature was enabled as they are currently focused on shadows, reflections, lighting and the antialiasing of the scene.  If the game developer does a good job, these features become increasingly difficult to spot.  This is a good thing and we can see how RTX features are simply improving on that.