As with all of our reviews, we pit the default speed system against the overclocked one in a head-to-head byte match.  The effective overclock for these tests is 5.45Ghz @ 54x multiplier and 101Mhz BCLK.  To attain this overclock I tweaked quite a few things including BCLK, XMP memory timings, voltage, memory frequency, memory controller speed and memory timings.

Another condition of this overclock was temperature.  As we have mentioned many times on the Hardware Asylum Podcast most modern processors are “heat bound” which can limit the overclocking headroom and performance if you have an inadequate heatsink.  To help take the edge off I hooked the EVGA Z490 Dark up to my Single Stage Phase cooler which can drop the CPU temp down to around -35c. 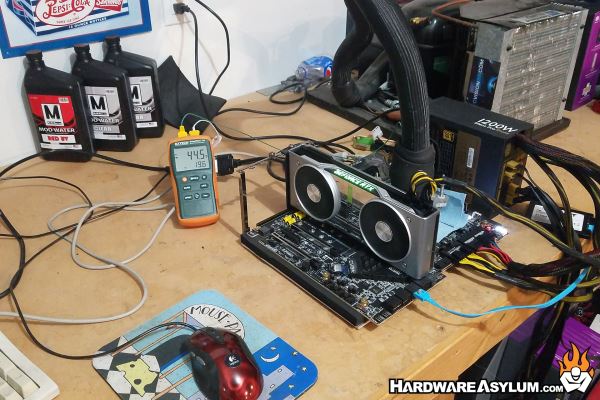 One nice thing about having a phase cooler is that I can run a variety of benchmarks from CPU stress tests like Cinebench R20 to four hour long real world tests like Bapco SYSmark 25 without having to worry about watching the temperature.  Sure, LN2 can offer better overclocking performance and higher speeds but, that cooling method is best used for competition style benchmarks with a shorter timescale and higher peak loads. 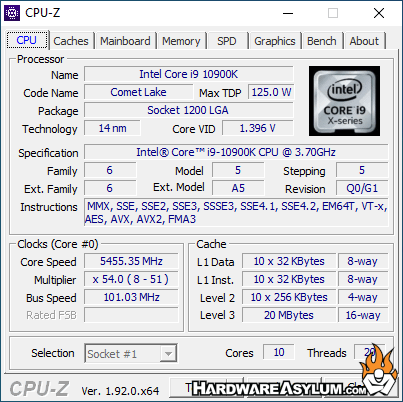 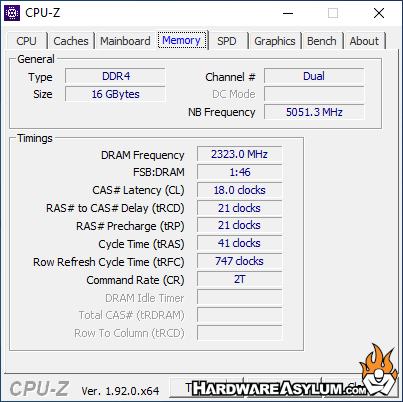 To maximize system performance you have a couple options.  The first is straight multiplier overclocking or you can extract a little more by tuning the BCLK and memory settings.  Collectively these will translate into better overall performance.  Given the nature of processors like the Core i9 10900k the trick to better performance is to keep them cool.

The results tell an interesting story.  Sandra scores are rather flat on the CPU side but, we see a huge jump in memory performance.  This translated well to every benchmark after including a huge boost in the real world benchmarks such as BAPCo SYSmark, PCMark and both of the games.

Testing Cinebench R20 was a challenge in that CPU temperature would rise above ambient during the test and required some phase cooling tricks to prevent the system from crashing.  Overall I am really impressed with the results but know that there are some better scores to be had.

Overclocking is an exercise in tweaks and tests.  It is rare that you’ll get a high score with your first overclock and they say if you are not crashing you aren’t pushing things hard enough.  Getting good scores often requires several baby steps to get there and the EVGA Z490 Dark makes getting there easy.  During this benchmarking run I used all of the major overclocking controls from monitoring temperatures with the Probe-It headers to showing temperatures and voltages on the expanded Debug LED.  They all worked great and I was extremely impressed with how accurate and stable the voltages were across every loading condition.