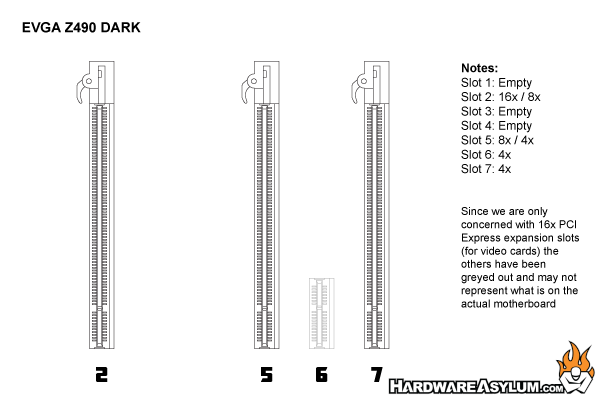 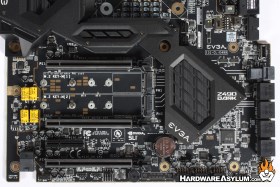 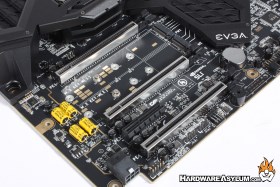 As indicated by the PCI Express layout chart there are a total of three 16x PCI Express slots on this motherboard each using bandwidth earmarked for video cards.  Slot two will be the primary video card slot and will run at a full 16x when only a single card is installed.

For best video performance you will want to populate slots two and five with video cards.  Slot seven shares bandwidth with slot five which shares with slot two.  This does allow you to run three 16x based expansion cards but not in three-way SLI.  Sadly since the bandwidth is halved that also removes the option of running SLI + (Any other expansion card).

One notable feature on the EVGA Z490 Dark is slot six sized as a 4x expansion slot which is notched so you can install longer cards.  For bandwidth you’ll still be limited to 4x lanes of PCI Express but are no longer limited to just 4x cards.