As with all of our reviews, we pit the default speed system against the overclocked one in a head-to-head byte match.  The effective overclock for these tests is 4.4Ghz @ 44x multiplier.

Getting to this point was a struggle to say the least.  To start with I usually set the XMP profile and quickly ran into POST issues using the Ballistix Elite memory @ 4000Mhz.  After awhile I determined that either the memory or processor wouldn’t run any faster than 3200Mhz when using the XMP timings.  (It was the processor, which has been replaced, memory support is better but core clocks are still junk)

From there it was a challenge to determine which clock speed the 3960X would be happy at and it turns out the magical number is 4.4Ghz.  Keep in mind this is 100Mhz SLOWER than the boost clock.  Boost clock is a bit of a marketing ploy considering that only a single core has to run 4.5Ghz for AMD to label the boost AND to get it to display on CPUz.  My goal wasn’t to extend that frequency but rather to improve everything about the processor which included running ALL the cores at 4.4Ghz @ 1.4v 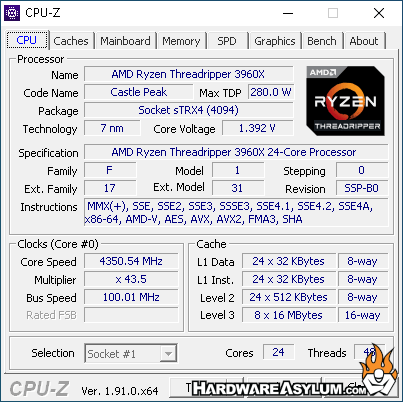 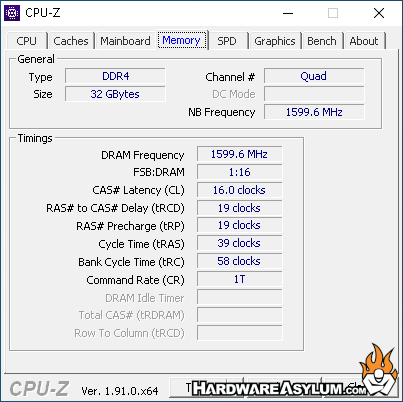 As I may have mentioned before I am still a bit green when it comes to using a Threadripper and from what I have seen most of the overclocks have been limited to locking the cores to the base clock, or slightly above that because that is the easy win.  I attempted to push things a little more thinking the Heatkiller IV might be the edge I needed and with a result of 4.4Ghz I think it paid off.

Threadripper is basically heat bound meaning that while the CPU will run at 4.7Ghz at idle once you apply some load the cores generate too much heat and will shut down.  I suspect at this point if I wanted to push things further I'd need to with LN2.

Of course, the real question is, should you?  I'm of the opinion that for what you get from overclocking a Threadripper you might as well spend on a good NVMe SSD.

For instance, 4.4Ghz is pretty darn fast and considering how many cores you need to sync to prevent corruption is pretty amazing but, its slower than the boost clock and to be honest that is just embarrassing.  I also had some serious issues getting memory to run faster than 3200Mhz which left quite a few frames on the table especially from a board that was down on memory performance to begin with.

I also had issues getting the UEFI settings to stick.  I figured that was an artifact of a bad overclock but when it happened after a fresh reboot I question if there might be something wrong with the UEFI program.  At the time of this review there was no new UEFI to test so I'll have to revisit when I try out the replacement 3960X I just got.