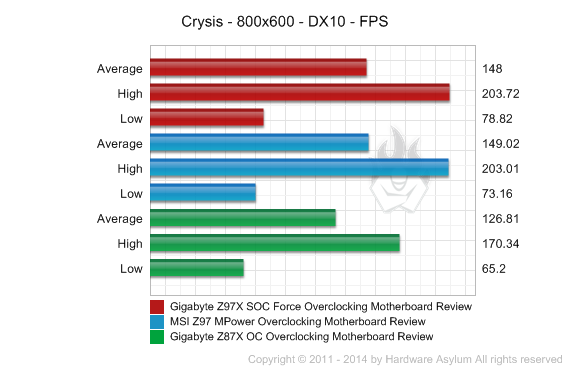 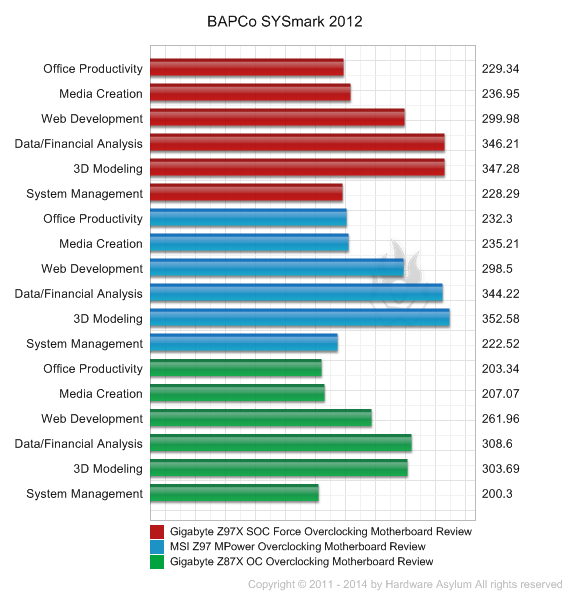 Our real world benchmarks are designed to illustrate a cross section in performance that covers gaming, video encoding, content creation and everyday office applications.  Our results are pretty straight forward and show minor gains across the board.  Normally this can be attributed to UEFI tuning and memory compatibility.  In the case of the B85M Gaming we can see how some of the game processing has been offloaded to the audio and network processors.  Overall this translates into a minor performance gain by using this motherboard that should get more pronounced with lower-end processors.

When we test our systems we do so with the default and auto assigned settings in place so to represent un-turned and out of box performance.  (read: default user setups).  Your performance may vary depending on the time you spent tuning your hardware.  As the charts show the performance gains follow a predictable curve favoring the newer Z97 versions.