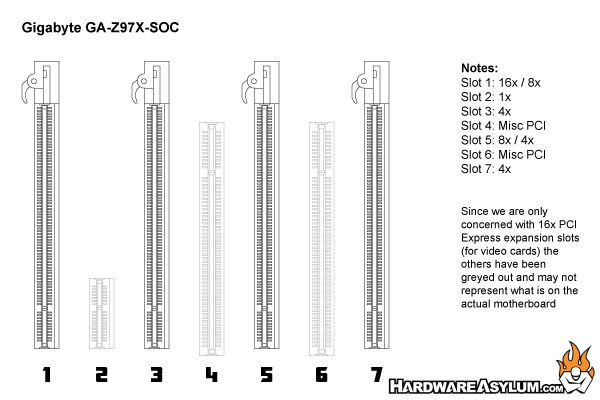 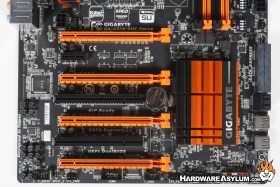 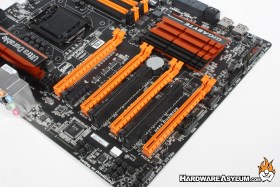 As indicated by the PCI Express layout chart there are a total of four 16x PCI Express slots on this motherboard with all four using bandwidth earmarked for video cards.  The configuration is rather unique because you are given a choice of bandwidth allocations depending on your system configuration.

The three topmost 16x slots all use bandwidth directly from the CPU.  The fourth and final slot borrows 4x lanes from the South Bridge.  Despite supporting more graphics cards the Multi GPU Index number is actually lower on the OC board than on a mainstream Ultra Durable.

Slot one will be your primary video card slot and will run at a full 16x direct from the CPU when only a single card is installed.  Installing cards in slot five will split the bandwidth with 8x lanes going to slot 5.  Populating slot 3 divides this bandwidth even further with 4x lanes going to slots 3 and 5 while slot 1 retains its 8x advantage.